A solar carport in Dublin, Calif., will not only provide energy to its neighboring office building, but also is expected to pay for itself in less than five years, saving the company more than $2.7 million during the life of the system. In addition, LEDs are attached to the carport, providing superior lighting in normally dark, cavernous locations.

Last month, the International Energy Agency reported that solar power grew faster than any other source of fuel for the first time in 2016, and suggested solar technology will lead renewables in the years ahead. In addition, the IEA noted that expect that growth in solar photovoltaic capacity growth will be higher than any other renewable technology through 2022.

By posting a comment you confirm that you have read and accept our Posting Rules and Terms of Use.
Advertisement
RELATED ARTICLES
Solar power investment by NJ hospital pays off
Distributed Solar PV Set for Commercial Offices
This Port Is Deploying a Microgrid to Support More Electrification
Campbell's Says "Mmm, Mmm, Good" to Solar
Finnish Facility Produces Fuels from Carbon Dioxide
Advertisement 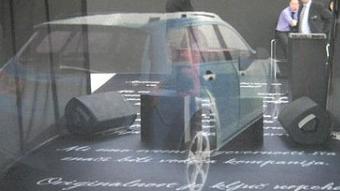