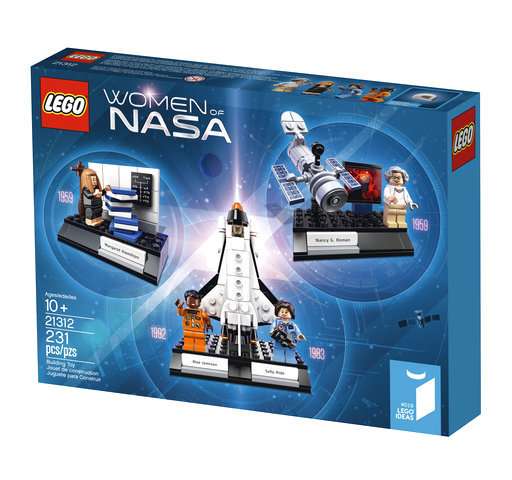 The set features Sally Ride, the first female astronaut, and Mae Jemison, the first black woman to travel in space. Source: LEGO As holiday gift-giving season draws near, LEGO has announced the release of its “Women of NASA” kit.

Featuring women with significant ties to the space agency, the mini-figures are made in the likenesses of astronauts Sally Ride and Mae Jemison, computer scientist Margaret Hamilton and astronomer Nancy Grace Roman.

Along with the figurines in the 231-piece kit are backdrops meant to represent the areas of work for each of the women represented. Among them are the Hubble Space telescope and the Space Shuttle Challenger.

Originally submitted as an idea via the LEGO Ideas community, the kit has a price tag of $24.99 and will be available Nov. 1.

By posting a comment you confirm that you have read and accept our Posting Rules and Terms of Use.
Advertisement
RELATED ARTICLES
LEGO pays tribute to moon landing anniversary
Introduce a girl to engineering
NASA's first all-female spacewalk won't happen
Robot teaches kids STEM, coding, AI
Video: Using Lego Bricks to Move Beyond the Lab-on-a-Chip
Advertisement