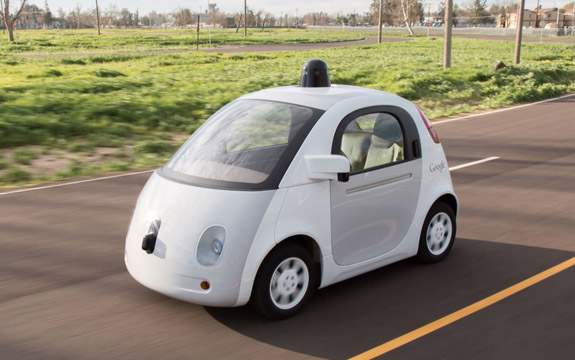 Driverless cars such as the Google prototype (above) could lead to safer roads. Source: GoogleDriverless cars, according to recent research, will likely save lives and significantly reduce the number of costs related to automobile accidents.

Presenting his findings at a seminar on the future of travel, Swinburne University of Technology’s self-driving car expert Dr. Hussein Dia blames 90 percent of the 1.2 million worldwide annual deaths linked to auto accidents on human error.

“A large proportion (of car accidents) could be avoided by using self-driving vehicles and there is compelling logic in removing humans—the key source of the error—from the driving equation," he said.

"Driven by artificial intelligence, these vehicles will not make errors of judgement the way a human driver does."

Although the driverless cars are still a long way off, Dia believes that in the future, the technology will also reduce insurance premiums by shifting liability from the driver to the manufacturer.

"Under this scenario, insurers might move away from covering private consumers from risk tied to ‘human error’ to covering manufacturers and mobility providers against technical failure," he told the seminar.

For now, as automakers like Tesla begin to unveil cars equipped with the hardware for driverless automobiles, Dia cautions that the software will need a significant amount of catching up to ensure the safety of the technology.

"(The software) is calibrated by showing an artificial neural network examples of hundreds of thousands or even millions of videos and images from real-life conditions so that it can recognise and respond to different situations."

"It is like holding a child's hand when crossing the road and teaching them what to do through constant experiences and replication."

By posting a comment you confirm that you have read and accept our Posting Rules and Terms of Use.
Advertisement
RELATED ARTICLES
Self-Driving Vehicles? A Non-Event for Insurance Firms, Report Says
Waymo Purchasing Up to 62,000 Chrysler Pacifica Hybrid Minivans
Automatic Emergency Braking Promised by 10 Automakers
Nissan Begins Autonomous Vehicle Test in London
Google Driverless Cars Could Reach Roads in 5 Years
Advertisement