Chemical warfare is ongoing every day in the U.S. and many other countries. Waging this chemical warfare keeps our foods, medicines, building materials, fuels and homes safe. The weapons of mass destruction in this war are “chemicals that kill”—biocides or biocidal agents. The casualties of these chemical weapons are pests, bacteria, viruses, insects, fungi and other germs. Certain biocides are harmful to humans, so unplanned human exposure to toxic biocides is like being attacked by “friendly fire.”

Host-specific biocides like pesticides, bactericides, fungicides, and insecticides have been developed that only target a specific enemy while reducing collateral damage. For instance, an ideal fungicide will destroy molds and leave mammals unharmed. An ideal bactericide or disinfectant will kill specific bacteria while leaving good bacteria required for digestion untouched. For instance, a wound needs to be cleaned and disinfected with an antiseptic.

Because of the vast range of biocide chemicals, industrial buyers must understand the characteristics of different biocides in order to select an appropriate and compatible product for their system. These characteristics depend on the microbiology “killing” mechanism and chemistry of the materials and substances interacting. The criteria include effectiveness, safety, compatibility and handling.

Most biocides are specific to a certain “enemy” being killed or controlled, which could be a microbe, rat, mold or other living bio-entity. Each biocide can be classified into a group based on its function (i.e., the specific organism targeted by the chemical agent’s killing action).

There are too many chemical variations of biocides to list, but some common examples for micro-organism control include chlorine, bromine, amines, triclosan, chlorhexidine, hydrogen peroxide and benzalkonium chloride and bronopol. Biocides can also be based on natural substances such as urine, dead cells or microbes.

Chlorine is the most widely used biocide in industry today. It is a common disinfectant of domestic water and also removes undesirable tastes and odors. In solution, it creates hypochlorous acid, the substance responsible for micro-organism control. The amount needed for proper disinfection is dependent on the contact time in the system, pH, water temperature and the amount of chlorine lost through aeration. When possible, alternatives to chlorine are encouraged due to its toxic nature and the pollutants involved in its production (e.g., mercury).

Bromine has a similar chemistry to chlorine and performs the same functions. It is more effective than chlorine at higher pH but incorporates all the negative side-effects of chlorine in addition to producing the side product bromate, which is a carcinogen.

Amines are effective surfactants that can act as biocides due to their ability to kill micro-organisms. They can enhance the biocidal effect of chlorinated phenolics when they are applied in water. They function best in water with low levels of suspended solids and TDSs.

Bronopol is a dry product sold as a powder or solid stick. It has uses in drilling and product fluids in the oil industry. It has a low toxicity but degrades over time and breaks down quickly in high pH. 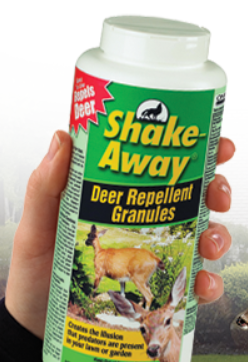 Figure 3—Powdered repellents like Shake-Away discourage pests with killing them. Source: Shake-AwayForm includes the physical form of the biocide and the product form. Cleaners and materials can have biocide incorporated into their formulation. Certain solid materials like copper are inherently biocidal.

The physical form of a biocide product is its state or consistency. This affects the means for system integration of the biocide, including its shipment, storage and application. These forms include:

Product form is the production tier at which a biocide product or service is purchased. The first tier consists of the manufacturers of the active ingredients. Some oxidizing biocides are simple solutions of common chemicals like bleach and chlorine gas that end users can purchase directly from the manufacturer. The second tier is made up of biocide suppliers that sell ready-to-use biocides made by mixing the active ingredients with other additives or carrier fluids. The third tier of the industry is made up of independent consultants who provide a full range of water treatment services to users but do not sell or provide any biocide products.

Effectiveness describes the ability of the biocide to kill bacteria. Properties stemming from this include:

Figure 4—Acute toxicity symbol is commonly found on biocide packaging.Safety describes how safe the biocide is to use. Properties stemming from this include:

Compatibility describes how easily the biocide can be integrated with system fluids. Properties stemming from this include:

Handling describes the physical means by which a biocide is stored, transported and used. Properties stemming from this include:

The chemical war is being waged on many different fronts such as agriculture and food, construction, fluids, marine, materials and medical, each with their own particular needs. People and the environment can be the victims of collateral damage or “friendly fire" when the biocides are misused.

Figure 5—DDT pesticides were widely used and caused a great deal of environmental and health damage. Source: Pesticide Action NetworkFarmers have been waging war against pests, insects and microbes for thousands of years. Ideally, an insecticide is applied to food crops to kill pests such as the cucumber beetle, but the chemical is benign to other insects, animals, fish, birds and humans. Some biocides become pollutants when they run off and kill fish, birds and beneficial insects such as honey bees and other pollinators. Pesiticides can also contaminate or enter our food supply.

DDT is probably the most famous example of a pesticide pollutant. The USDA found DDT breakdown products in 60 percent of heavy cream samples, 42 percent of kale greens, 28 percent of carrots and lower percentages of many other foods. Girls exposed to DDT before puberty are five times more likely to develop breast cancer in middle age, according to the President’s Cancer Panel. DDT has been banned worldwide since the 2001 Stockholm Convention on Persistent Organic Pollutants.

Protection of our foods and beverages against biological attack is an ongoing battle fought by food scientists and workers. Our restaurants, grocery markets and food-processing plants all recruit various biocides in campaigns against microbes, insects and rodents. Nobody wants to find a rat hair in their food. Triclosan, chlorhexidine, hydrogen peroxide and benzalkonium chloride are commonly used in the food industry. Biocides applied in or on food contact materials (FCMs) include alcohols, organic acids and their esters, aldehydes, amines, quarternary ammonium compounds (QACs), halogen compounds, ionic silver and nanosilver, oxidizing agents, isothiazolones, phenols and biguanides. Depending on their use, they can be grouped into process biocides, surface biocides and food preservatives.

Figure 6—Buried or "below surface" wood attacked microbes. Source: WikipediaBuilding and Construction
Pesticides and insecticides are commonly used in buildings to battle attacks made by termites and carpenter ants, which can destroy wood-framed homes and buildings. Biocides are sprayed on surfaces, foamed into interior space in the structure and pumped in the ground surrounding the building to thwart attacks. Rats, mice and other rodents are discouraged or killed using pesticides, fumigants or repellents. Biocides are infused into wood to create pressure-treated lumber capable of withstanding microbial attack.

Fuels, Lubricants and Fluids
The diesel in a fuel tank can eventually grow bacteria and develop an unpleasant odor. Odor-causing bacteria are neutralized by adding biocidal agents to metalworking fluids, lubricants, grease, coolants, drilling fluids used in oil and gas extraction and other commercial and industrial fluids. Dow Chemical provides a range of fuel biocide 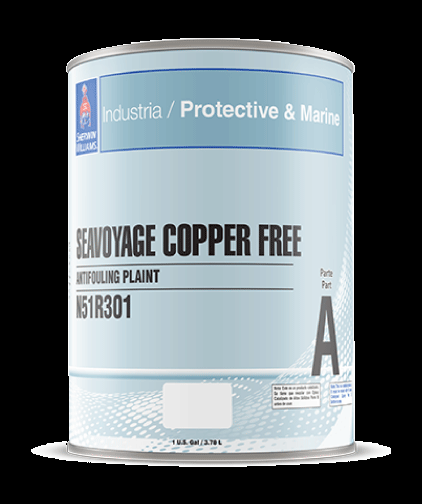 Marine
Copper- and tin-based biocides are added to anti-fouling bottom paints used on boats and ships to prevent the attachment or growth of barnacles and algae. Biocide-laden anti-fouling paints reduce drag and therefore fuel costs, which saves the shipping industry millions of U.S. dollars annually. However, copper and tin compounds have been found to contaminate and build up in waterways and estuaries, so these biocides are being eliminated in bottom paints.

New biocides are used today, which are just as effective and more environmentally friendly. For example, SeaVoyage® 100 is a copper and tin free ablative coating from Sherwin-Williams®. SeaVoyage 100 employs a controlled depletion polymer coating that is designed to provide predictable, long-term antifouling performance by constantly releasing the biocide. This ensures that there is always a firm film to build upon and that only damaged or completely worn-away areas require repair.

Algae and weeds can foul waterways, hindering shipping and water-intake flow for power plants. Herbicides are also used to combat the growth of algae, seaweed and other aquatic plants in port terminals, canals, dry docks and other waterways. Baker Hughes MAGNACIDE™ Herbicide appears to be toxic to all submerged weeds and algae; no special studies have been conducted to determine the relative susceptibility of the various species. 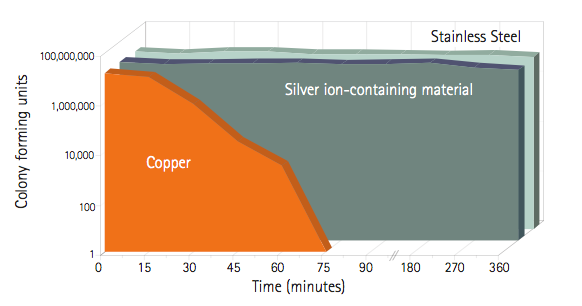 Figure 8—Copper surfaces are more effective in killing MRSA compared to stainless and silver-ion containing materials. Source: antimicrobialcopper.org Materials
Biocide or biocidal functions are increasingly being incorporated into products such as plastic, composites, paints and other CASE (coatings, adhesives, sealants and elastomers) applications. This results in products that will not harbor or sustain the growth of bacteria, mold and other microbes, a desirable feature in many household, personal care and medical applications.

Silver and copper inherently have anti-bacterial characteristics. Silver nanoparticles have been employed as antibacterial coatings and with materials, but copper appears to have powerful anti-bacterial properties. Figure 8 demonstrates the effectiveness of copper surfaces in the war against harmful microbes like MRSA, an antibiotic resistant bacteria. Handles, door knobs and other “touch” surfaces in hospital, offices and public facilities will continue to see an increase in the use of copper or copper coatings.

Figure 9—Biocides play a vital role in assuring the hygiene and safety of the production of foods and drugs. Source: Food Science & Technology JournalMedical and Healthcare
Antiseptics and disinfectants containing biocides are used extensively in hospitals, assisted-living facilities and other healthcare settings for a variety of surgical tools, topical devices and hard-surface applications. Plants manufacturing medical devices and drug or pharmaceutical packaging also use these materials. The active chemical agents (biocides), such as alcohols, phenols, iodine and chlorine, found in many of these products have been used for hundreds of years; most demonstrate broad-spectrum antimicrobial activity.

Water Treatment
The water we drink has to be treated with a biocide, typically chlorine, in order to make it “potable” or safe to drink. Biocides combat odorous microbes and fouling algae that grow in water stored in holding or ballast tanks on vessels or in cooling water systems for power plants. 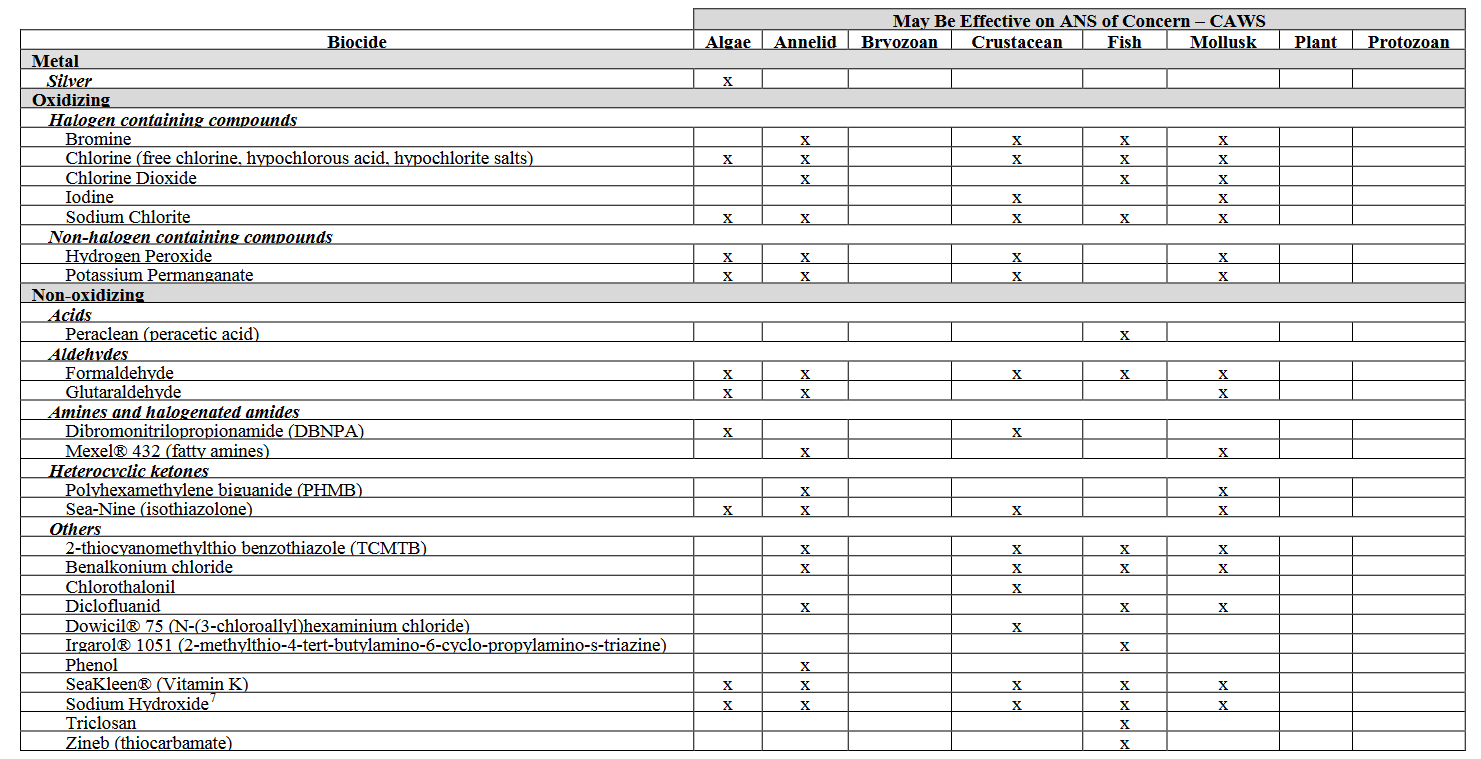 Biocides can pose a danger to humans and other benign organisms, so care must be taken to avoid impacting helpful species such as birds, honey bees and other pollinators. Buyers of biocides should read the SDS and understand properties such as flammability, acute toxicity, skin corrosion/irritation, serious eye damage/irritation, skin/dermal sensitization and acute or chronic aquatic hazards. Facilities manufacturing foods, beverages, drugs, medical devices or related raw materials must control bacteria, pests and cleanliness at their plants. Care must be taken to avoid product contamination. EU regulations restrict “pesticide residues” within products. Regulations must be met for the use, handling, human exposure and product contamination of biocides or biocide-containing substances. Manufacturers and users of biocides must comply with applicable regulations and standards.

Eventually, an enemy will develop a defense against even the best chemical weapons. Overuse of some antibiotics and antibacterial chemicals has caused specific biocide tolerance or resistances to develop in some organisms exposed to the chemical for long periods. The warriors in this chemical war—chemists and biologists—battled on in efforts to research and produce new biocides that are environmentally friendly (safe to humans and our allies) and immune to the resistant development. Many researchers are experimenting with silver nanoparticles and silver ions to create new, more benign biocides, such as AgIon, as in the video.