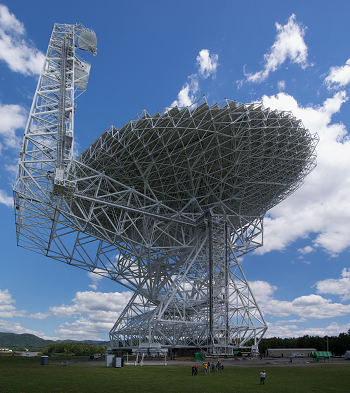 Fast radio bursts, or FRBs, are brief, bright radio pulses from other galaxies. The FRBs detected on August 26 are higher in frequency than previous ones, at around 7 GHz. According to a Breakthrough Listen press release, our local Solar System was only two billion years old when the signal originated, and life on Earth consisted solely of single-celled organisms.

If you got nothing after the Cray computer deciphered the signals, then it was not Russian in origin. Three billion years old or not, we still suspect intelligent manipulation of these otherwise benign natural signals could be interpreted several ways.

If ET is (er was) reaching out way back then, where is he/she now?

Who would they have been attempting to reach out to? How could really intelligent life have evolved that early in the Universe? Perhaps if Sentient Being Intiated Signals (SBIS), they could have been emitted to 4Π and not coherent, or they could have been coherently aimed, but just incidentally aimed in our direction.

Anyone else with information on this?