Stanford University graduates who majored in engineering represent the top earners in that field, according to a report released today by online salary aggregator PayScale, Inc.

Ranking engineering schools by their graduates’ mid-career median salary, Columbia University, the University of California-Berkeley, Harvey Mudd College and the U.S. Naval Academy follow Stanford to round out the top five schools. The full list of engineering schools with top-earning graduates is available on PayScale’s website. 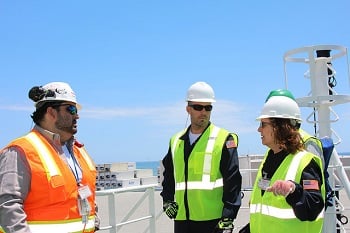 Petroleum engineers top the lists of highest-paid engineering graduates as well as overall bachelor's degree holders.In a broader study of all U.S. colleges and majors, PayScale found that Harvey Mudd ranks first in mid-career median pay for graduates holding only a bachelor’s degree in any discipline, at $155,800. The Claremont, Calif.-based, STEM-heavy liberal arts school has an undergraduate enrollment of 831, significantly less than most other colleges with high-earning graduates. It was previously tied for third on that list, according to PayScale's 2016 College Salary Report.

The report also examines the top-paying job titles for each major. The top five positions among engineering majors, along with their median mid-career salaries, are:

PayScale was founded in 2002 to provide real-time information on job market compensation. It relies on self-reported job profiles and compensation figures to statistically determine salary information.

By posting a comment you confirm that you have read and accept our Posting Rules and Terms of Use.
Re: Petroleum Engineers, Stanford Grads Top New List of Highest-earning Engineering Workers
#1

The earliest data collected is from graduates who have less than 9 years of experience. Why didn't they collect data from people receiving degrees 20 years ago?