New Weapon in the Fight Against Food Contamination 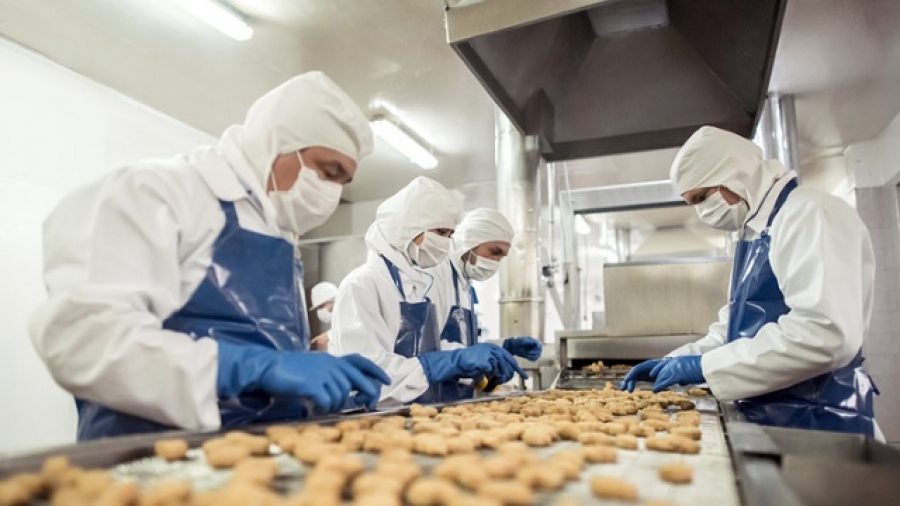 Image credit: American Society for MicrobiologyPlastic film may be the secret weapon in the fight against food contamination, according to research published in the journal Applied and Environmental Microbiology.

According to the research, plastic film can kill the bacteria found in biofilms—an accumulation of bacteria that significantly increases antimicrobial resistance. According to the study,"...biofilms are the leading cause of cross contamination of food and non-food materials upon contact with contaminated surfaces."

The plastic films are incorporated with “N-halamines”—composed of nitrogen, a chlorine atom and other possible elements—that can kill bacteria on contact or by releasing bacteria-killing chlorine.

"Many food borne disease outbreaks can be traced back to cross-contamination of food with pathogenic bacteria," said Dr. Nitin. "Currently, we do not have an active approach to continuously prevent deposition of bacteria during food processing operations, and can only remove these deposits after processing—during a cleaning shift. Similar risks exist in the hospital environment."

Because traditional sanitizers can’t always treat areas of potential contamination, the researchers believe that the plastic films are versatile and can take on many different shapes, "such as conveyor belts, self-sanitizing globes, plastic bins for food transport, or a plastic mat for biomedical tools. Furthermore, these plastic films can be easily added to existing equipment as a lining material."

By posting a comment you confirm that you have read and accept our Posting Rules and Terms of Use.
Advertisement
RELATED ARTICLES
Scientists Develop Film to Fight Bacteria on Plastic Retainers and Aligners
Using Clay to Combat Bacterial Infections
Insect-inspired material paves the way for antibacterial packaging
Chemicals That Kill—The Hidden Chemical War Being Waged Today
Billions of Pieces of Plastic Threaten World's Coral Reefs
Advertisement