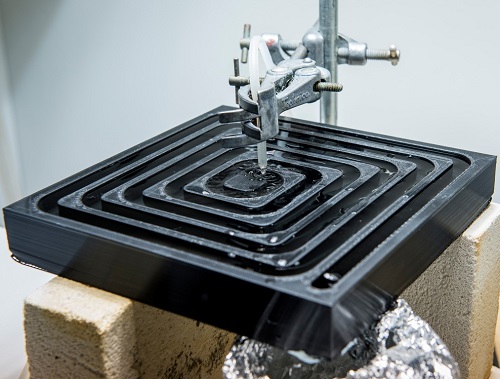 Using 3-D printing to generate prototypes and then testing it using indoor solar lighting, researchers were able to replicate pure sunlight in the lab. The goal of the testing is to see how a household water treatment system (HWT) can produce safe drinking water.

The United Nations estimates that there are 650 million people globally that do not have safe drinking water or basic sanitation. The project is part of the UN’s sustainable goals to provide access to water and sanitation for all.

Existing methods for purifying water include boiling, chemical disinfection and filtration. The simplest way is to treat microbial contained water using a simple plastic bottle, known as the SODIS bottle, which deactivates microbes through a combination of heat and ultraviolet light from the sun. However, this is limited by the knowledge of the time needed to decontaminate water, which can depend on a number of factors, researchers say.

The University of Bath’s project builds on the principles of the SODIS bottle to design a HWT system capable of producing clean drinking water for a small group of individuals.

The system contains no breakable parts and requires no power source. Plus, it has a greater durability than current HWT systems. Researchers believe each device can product up to 35 liters of clean water a day.

Each device is made from plant-based plastic (PLA), weighs only 3 kilograms and costs just about $6.50 to make. Researchers believe they could produce 10,000 units per year.

Because of these attributes, it makes the maze-like device a good fit for rural areas suffering from microbial contaminated water or during times of natural disasters such as earthquakes or flooding.

By posting a comment you confirm that you have read and accept our Posting Rules and Terms of Use.
Advertisement
RELATED ARTICLES
Portable Water Filters Will Change the Way You Drink Water
Control roundworm? Clean water may be key, research says
AWWA kicks off Drinking Water Week by celebrating tap water being “There When You Need It”
Purifying Water for Schools in Developing Countries
Clean Water, Big Price Tag
Advertisement