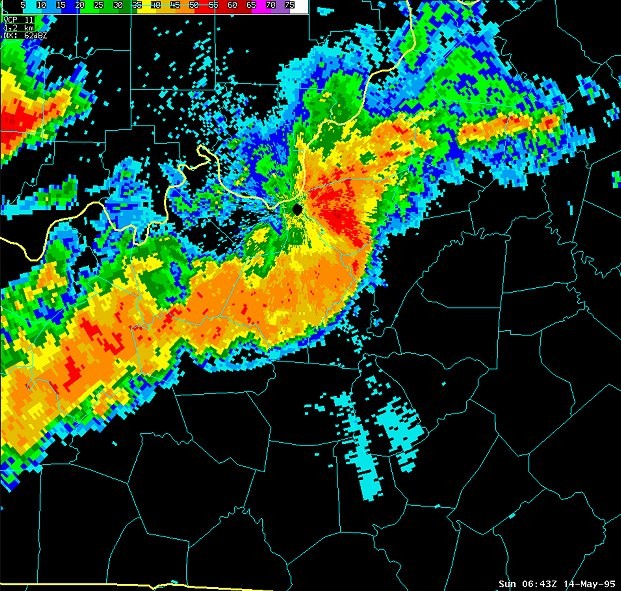 "I think computer-based methods can provide a third eye to the meteorologists, helping them look at things they don't have the time or energy for," said IST professor James Wang. Concerning bow echoes, automatic detection would be critical to identifying severe weather, saving both lives and resources.

AccuWeather forensic meteorologist Stephen Wistar explained, "[i]n a line of thunderstorms, a bow echo is one part that moves faster than the other." As indicated by the name, once formed, the weather conditions resemble the shape of a bow. "It can get really exaggerated," he said. "It's important because that's where you are likely to get serious damage, where trees will come down and roofs get blown off."

However, it is easy for forecasters to often overlook the weather conditions as they begin to form. "Once it gets to the blatantly obvious point, (a bow echo) jumps out to a meteorologist," he said. "But on an active weather day? They may not notice it's just starting to bow."

Consequently, researchers have automated bow echo detection using historical data available from the National Oceanic and Atmosphere Administration (NOAA), making them identifiable as soon as they start to form. Wang said, "[t]hat's our project's fundamental goal—to provide assistance to the meteorologist so they can make decisions quicker and with better accuracy."

Using NOAA radar imagery, the algorithm scans the entire United States, immediately issuing an alert when the formation of a bow echo is determined.

"But this is just the first step," Kamani commented before adding that they hope to one day forecast bow echoes before they even form. "The end goal is to have more time to alert people to evacuate or be ready for the straight line winds."

"If you can get even a 10, 15 minute jump and get a warning out earlier pinned down to a certain location instead of entire counties, that's a huge benefit," Wistar said. "That could be a real jump for meteorologists if it's possible. It's really exciting to see this progress."

Imagining the future of meteorology, the researchers see potential for the application of big data. "There's so much we can do," Wang said. "If we can predict severe thunderstorms better, we can save lives every year."