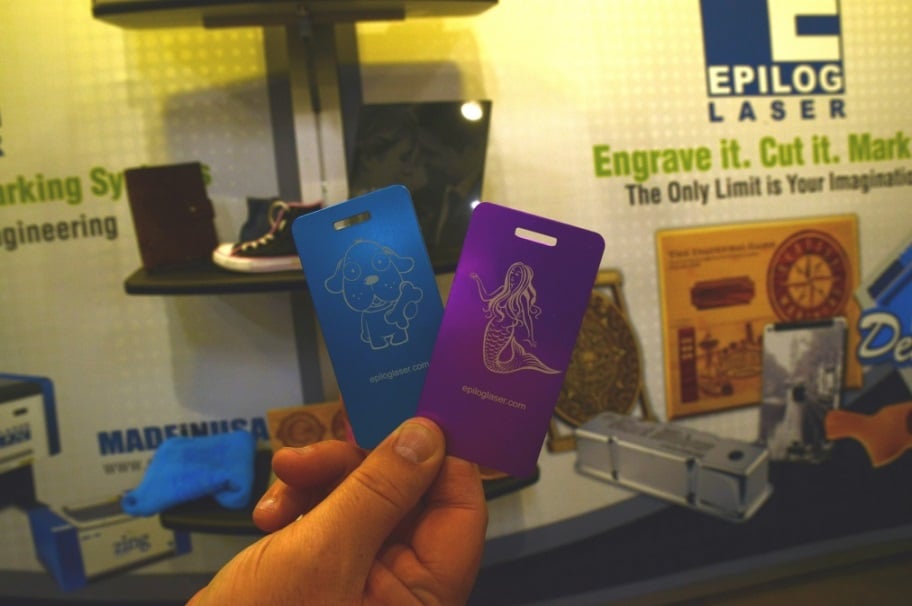 Samples from Epilog Laser's booth at the 2017 Bay Area Maker FaireThis year, hundreds of Maker Faires will take place around the globe. Families, enthusiasts, hobbyists and do-it-yourselfers will gather in the spirit of creativity to celebrate the Maker Movement. The fairs, which range from mini-events conducted by communities and schools to all-out flagship festivities set up by the Maker Media team itself, are progressive showcases that display new technologies, innovations, and experimentations across the fields of science, engineering, art, performance, and craft.

When it comes to Maker Faire, the only limit is your imagination.

That also happens to be the motto of Epilog Laser, a company you’ll find represented at many Maker Faires this year. Most recently, Epilog sponsored and exhibited at the 2017 Bay Area Maker Faire, demonstrating its laser systems, creating samples for giveaways, and educating attendees about how affordable a high-speed, high-resolution laser-engraving system can be.

As you walk around Maker Faire, you’ll likely see drones racing, kids tinkering with gizmos and gadgets, cardboard-fastened electronic contraptions, and even LEGO displays. So what is Epilog Laser doing here? Isn’t the company just another one of those large-scale laser manufacturers?

The answer is definitely not. Epilog has a strong commitment to hobbyists and has been supporting the Maker Movement nearly since its inception. After sponsoring the Second Annual Bay Area Maker Faire in 2007 and seeing a large audience with a deep interest in laser technology and its capabilities, the company was “hooked.” Epilog has sponsored the World Maker Faire in NYC since its launch in 2010, and, along with its distributors—both stateside and abroad—is a frequent exhibitor at local or “mini” Maker Faires within a wide variety of communities. 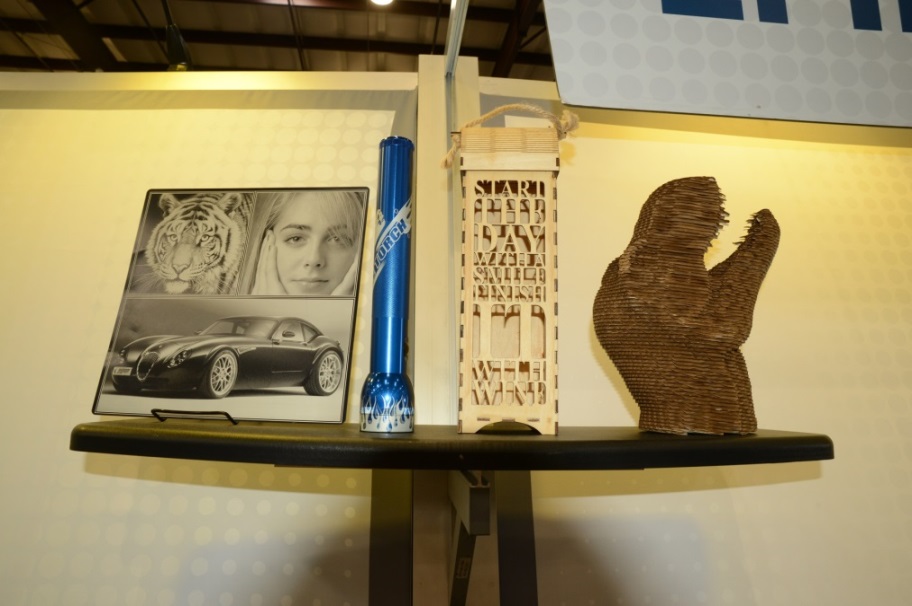 Samples from Epilog Laser's booth at the 2017 Bay Area Maker FaireAn Epilog laser isn’t simply a tool; it’s a vehicle for transferring your ideas onto almost any material. Most people who purchase a hobbyist laser do so because they want professional-looking engraving results. Often, they are looking to bring their ideas from concept to sellable item—whether through prototyping, embellishment engraving, or even starting their own custom engraving business.

While there are certainly lower-cost laser systems on the market, these typically employ water-cooled glass laser tubes. Epilog systems feature air-cooled metal laser tubes with ceramic components, which means they are both safer and last longer before needing to be recharged. Glass tubes, while cheaper, are more fragile and cannot be recharged or repaired; they can only be replaced.

The investment in an Epilog laser can be earned back very quickly thanks to the speed and quality advantages that the system affords. Here are five perks of going with an Epilog laser:

1. Throughput: An Epilog system can perform a high-quality engraving of your logo on your product in a fraction of the time. 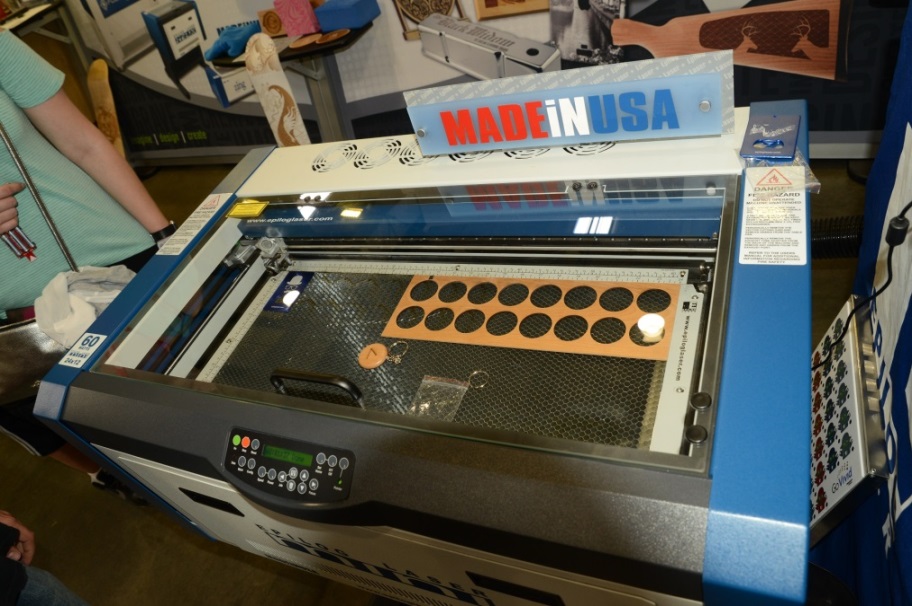 An Epilog laser system. The company manufactures its systems at its headquarters in Golden, Colorado, and over 95% of component parts are made in the U.S.A.2. Downtime: Epilog can overnight parts that will get the system back up and running quickly in the event of a breakdown.

3. Safety: No water chillers running near electricity, no openings that a child could stick their hand through, and no way for the laser to escape the cabinet. The lasers are interlocked systems that guarantee a safe experience.

4. Positioning Features: You can fill the entire table with the items to be engraved and run them all at once. The system provides precise and consistent positioning. Center engraving for custom items can also be set up in just a couple of steps.

5. Leasing Options: One of Epilog’s newest offerings is its leasing program where, for as little as $160 a month (wac), you can lease to own the system as you build your clientele.

When you stop by the Epilog booth at an upcoming Maker Faire, you’ll witness for yourself how easy it is to cut and engrave all kinds of materials. The company will have a variety of samples on hand so you can see exactly how powerful laser systems engrave and/or cut wood, acrylic, fabric, tech gadgets, and even glass. All of the photos included in this article were taken at Epilog’s booth at the 2017 Bay Area Maker Faire in May and are just a taste of what you’ll see when you visit.

Remember: The only limit is your imagination. So be sure to stop by Epilog’s booth at the next Maker Faire in your area, even if it’s just to check out the demos and giveaways!

By posting a comment you confirm that you have read and accept our Posting Rules and Terms of Use.
Advertisement
RELATED ARTICLES
Is Laser Engraving Here to Stay?
What to consider when buying your first laser cutter or engraver
Bring Your Creative Visions to Life with Epilog Laser!
Epilog: How to Use Laser Engraver Cutter Video
Laser Cutting Acrylic Displays
Advertisement