Deicing salt application effectively keeps roads clear during winter but also contributes to the thousands of miles of roads that need to be patched and repaired each year. Calcium chloride salt commonly used as deicer reacts with the calcium hydroxide in concrete to form a chemical byproduct that causes roadways to crumble.

A more durable concrete recipe is being cooked up by a civil engineer from Drexel University, Philadelphia, PA. The new formulation uses fly ash, slag, and silica fume — leftovers from coal furnaces and the smelting process — in a concrete mix that resists chemical erosion because it doesn’t react with road salt.

The research seeks to produce a concrete mix as strong as the ones currently used to build roads, but that 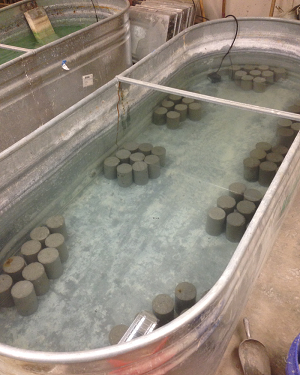 Researchers tested concrete made from recycled materials like fly ash, slag, and silica fume. (Source: Drexel University)contains less calcium hydroxide — the ingredient that reacts with road salt to form calcium oxychloride. This chemical tends to expand when it is formed, and when that reaction occurs in the pores of cement it causes degradation and cracking. Use of the byproducts as “supplementary cement materials” in concrete mix can prevent this phenomenon.

Cement samples produced with varying amounts of fly ash, silica fume, and slag were compared to samples of ordinary Portland cement. Samples containing more cement substitute materials did not produce as much calcium oxychloride. An examination of the ordinary Portland cement samples via acoustic emissions, X-rays, and microscopy, revealed damage after just eight days of exposure due to the formation of calcium oxychloride while samples with proper amount of fly ash, silica fume, and slag did not show damage during the testing period.

The research team is also pursuing a method for creating a protective layer on the surface of concrete by using bacteria that can prevent calcium oxychloride formation.

Ancient Romans built under ocean harbor walls that still remain strong out of volcanic fly ash & pumice. Drexel is a great University but let us get a little history here and give some idea of what the improvement is. Thanks. 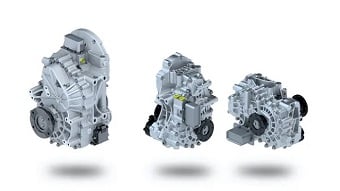 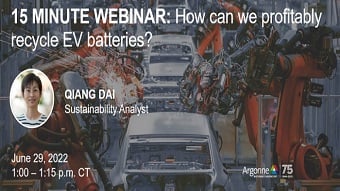 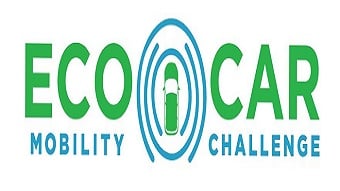 Winners of the EcoCAR Mobility Challenge