Altogether, the industry installed more than 8,000 megawatts of generating capacity in 2016 at a total investment of more than $14 billion. 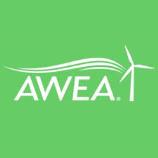 In a separate interview with the Washington Post, Kiernan cited studies that show that low-cost natural gas prices, not wind, is the major force driving the shift away from nuclear and coal in the U.S.

He was quoted as saying, "This is confirmed by data from electricity market monitors, SEC disclosures by coal and nuclear plant owners, and the simple fact that the vast majority of coal and nuclear retirements are occurring in regions with the least wind generation."

The trade group also said that innovations in wind turbine technology such as taller towers, longer blades, and more sophisticated control systems are increasing the amount of electricity wind turbines generate. Wind turbines built in 2014 and 2015 achieved capacity factors over 40% during 2016.

In March, Navigant Consulting released a report saying that American wind power expansion could drive 248,000 jobs and $85 billion dollars in economic activity over the next four years. These and other economic benefits will result from the addition of 35,000 MW of new wind power capacity through 2020.

By posting a comment you confirm that you have read and accept our Posting Rules and Terms of Use.
Advertisement
RELATED ARTICLES
These Four States Rely the Most on Wind Energy
This Utility Says It Will Be All Renewable by 2020
Wind Bests Hydro as Installed Capacity Rises
Race is on to add wind capacity before tax credits expire
Wind Turbine Technician Fastest Growing Job in America
Advertisement