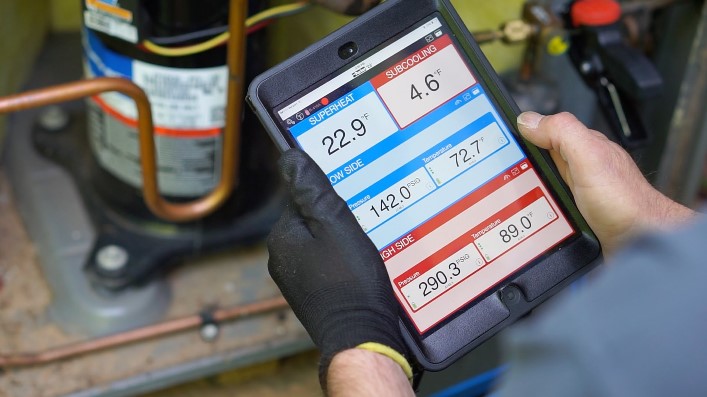 Through the collection and analysis of data from industrial equipment, the Industrial Internet of Things (IIoT) looks to identify asset degradation early and allow quicker responses to critical conditions.

To put a figure on this potential, the technology consulting firm Accenture estimates the IIoT could add $14.2 trillion to the global economy by 2030.

Employing the IIoT starts with the right sensors measuring the right parameters on the right industrial equipment collecting the right data, and then sending that information to the cloud for analysis. But getting everything right when it comes to sensor-driven computing requires an examination of parameters to measure, installation considerations, and the challenges and advantages of successful implementation.

Sensors have been used on industrial equipment for 50 years. They feature a microprocessor and communication interface that delivers information to a condition monitoring system. What makes them “smart” is connecting them to the internet so the data can be interpreted.

Maximizing productive uptime and improving overall equipment effectiveness (OEE) are the primary business drivers to install these intelligent sensors to monitor the health and performance of industrial machinery.

Analyzing metrics like electrical load, current, and heat provided by the sensors allows manufacturers, utilities companies, and other industrial users to detect when components start to break down and take predictive maintenance action before failure occurs. This process not only prevents failure-related downtime and reduces overall maintenance costs, but it also can benefit more than just the asset in question. 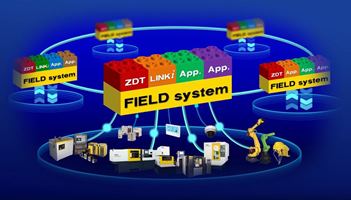 Monitoring variables can optimize output of processes. As an example, Shannon points to an injection molding machine with low pressure readings. “Although it may not be a failure you’re catching, you can ensure a higher-quality, more productive output while you are up and running.”

What to Measure and Why

To help determine which assets need sensors, companies must start with an evaluation of which equipment and processes represent the greatest threat to financial profitability, then cross-reference that list against high failure rates.

While new machinery and high-value assets such as turbine generators often come with embedded sensors, often the industrial facility must decide which sensors to install on existing equipment.

“You should have some idea of where the pain points are,” says Stephen Mellor, CTO of the Industrial Internet Consortium (IIC). “That can lead to investigation on what data you think might mitigate that pain.”

Another option is to install sensors on equipment that traditionally has required employees conducting rote inspection, thereby reducing maintenance costs. This frees up maintenance personnel “to focus on the things that require their critical expertise but lets the sensors watch for indicators when it’s time to pay attention to something,” Shannon says.

Not every asset requires a sensor, either. “If you have a piece of equipment such as a big metal pipe that literally never fails, trying to use predictive monitoring on it is like throwing good money after bad,” Shannon says.

The goal, he says, is “finding the right balance between predictive, where you invest in the sensors and technology; preventive, where every six months you are going to look at it because it’s a fairly reliable piece of equipment; and reactive, which means this thing never fails and when it does, it’s really easy to fix it.”

Monitoring the sensors that are most critical to machine performance also improves asset availability. In the case of a photoelectric sensor, for instance, “we can monitor the margin of the sensor to determine if the photo eye is getting dirty,” says Craig Brockman, marketing manager for sensing and connectivity products, Rockwell Automation. “Because we are giving this early warning, maintenance can occur during planned downtime.”

In addition to photoelectric sensors, Allen-Bradley smart sensors from Rockwell Automation include inductive proximity and condition sensors as well as master modules that act as the gateway between the sensors and an Ethernet architecture.

Using automatic device configuration (ADC), the sensor configuration is stored in the controller. If a sensor fails, Rockwell plugs in the replacement sensor and the initial setup is downloaded to the new sensor.

While industrial end users typically control the collection and analysis of sensor data, original equipment manufacturers and suppliers are beginning to shoulder that responsibility. For example, a motor manufacturer that monitors equipment in the field gains insight into a variety of conditions, just as an end-user would. 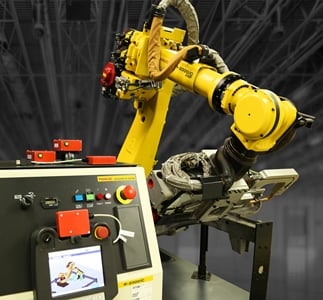 A FANUC body shop robot has played a major role to date in the company’s ZDT condition monitoring program. Image: FANUC America“That information is extremely valuable in terms of the reliability and functionality of the piece of equipment,” says Joann Michalik, a director in Deloitte Consulting’s Manufacturing Strategy & Operations group. “It also helps the supplier to enhance the quality of the product they are manufacturing.”

Upon selling a machine, an OEM or supplier often doesn’t hear from the customer until getting an urgent request to replace a component. Even with its good reliability track record, industrial robot manufacturer FANUC America encountered the problem of dispatching emergency workers and replacement parts to get the customer site back up and running when a component fails unexpectedly during production.

To make maintenance predictive rather than reactive, FANUC developed a program called ZDT. With ZDT, which stands for Zero Down Time, FANUC robots send data to the cloud over a Cisco network. Here, special analytics developed by FANUC detect potential equipment problems before unexpected downtime occurs. The FANUC service department is informed of the potential failure and sends the part to the customer, who can install it during a planned outage.

ZDT primarily collects and analyzes data about the performance of the robot and controller but is starting to gather information on processes like spot welding and painting as well. Although end-users might have to load a software option onto the robot to communicate data to the cloud, they do not need to add any sensors.

During ZDT’s 18-month pilot, FANUC deployed the platform on 7,000 robots in 38 automotive factories across six countries. To date, it has detected and prevented 72 component failures. Keep in mind that in the automotive industry, one minute of plant downtime can cost a manufacturer $20,000 on high-profit vehicles.

“When a factory goes down, you can’t produce a vehicle and you can’t make up that lost production,” says Joe Gazzarato, director of engineering at FANUC America. He estimates that the pilot program already has saved manufacturers hundreds of millions of dollars. FANUC plans to roll out ZDT to automotive customers by year’s end and to general industry mid-2017.

The scalable system delivers continuous data and alarms to prevent equipment downtime without the need to install permanent sensors, retrofit equipment or provide specialized training. By capturing a complete data log of measurements, the Fluke Condition Monitoring platform allows technicians to measure the history of equipment performance before, during and after an event.

For all of their advantages, internet-connected sensors can present some drawbacks. Parker’s Shannon advises that industrial companies making their foray into the IIoT start slowly with collecting and analyzing data.

Shannon suggests identifying simple thresholds, then reviewing long-term trending of the data to find broader patterns. “As your metrics become robust over time, you can start becoming genuinely predictive.”

On the flipside, many new machines feature sensors with more capabilities than are being deployed. Deloitte’s Michalik sees a number of suppliers “putting in sensors with the understanding they will be used in the future versus being used today.”

Indeed, the quest for the Holy Grail of the fully connected factory is in the early stages. Industrial facilities might have a new machine being monitored by the supplier right next to a piece of legacy equipment with limited sensor capabilities.

“Bringing together these different technologies, different generations of machines and different access points to analyze information and make it useful is going to take years,” Michalik says.

Cost represents another challenge. Although the price of sensors continues to drop, “if you have to buy a lot of them, the cost, especially to install and test, can be large,” says IIC’s Mellor.

As with any business system connected to the Internet, more IIoT-enabled sensors mean more access points for hackers to exploit. The October 2016 distributed denial of service (DDoS) attack that brought down major websites revealed the extent of cyber vulnerabilities when it exploited unsecured consumer IoT devices.

Above all, installing sensors is futile without an overall IIoT strategy to analyze and act upon the collected data. Mellor suggests running experiments, or “testbeds,” to find out what works and what doesn’t. Companies also need a way “to centralize gathering that information so that other projects can learn from those testbeds,” he says.

To benefit from the full potential of sensors and their role in the IIoT, industrial organizations will need to shift from “a wholly competitive culture to one that enables partnering on a large scale,” Mellor says.

And instead of big bets, “you’ll need to make many smaller bets and be prepared to run with the ones that succeed.”

By posting a comment you confirm that you have read and accept our Posting Rules and Terms of Use.
Advertisement
RELATED ARTICLES
Digital sensors: Lower maintenance costs with increased reliability
Internet of Things in the Real World, Part 4
How an IIoT system enables remote monitoring of factory processes
Machine tool cybersecurity: Preventing IIoT vulnerabilities
How smart devices and the IIoT are driving predictive maintenance programs
Advertisement