Global infrastructure spending on transportation, power, water and telecommunications is almost one-quarter lower than is required to keep pace with economic growth forecasts through 2030, a McKinsey & Company report has concluded. 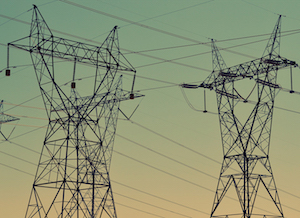 According to the report, infrastructure investment has declined as a share of GDP in 11 of the G20 economies since the global financial crisis—including the United States, Russia, Mexico and the European Union. "Epic traffic jams, bottlenecked ports, blackouts, deteriorating dams and tainted water supplies are clear signs that the world’s infrastructure needs cannot be deferred indefinitely," the report's authors comment.

The report offers a number of recommendations for bridging these investment gaps, among them:

· Public accounting standards could be brought in line with corporate accounting so infrastructure assets are depreciated over their life cycle rather than adding to deficits during construction.

· Impediments that restrict the flow of financing from institutional investors and banks in advanced economies to projects in middle-income economies need to be addressed—from regulatory rulings on investment in infrastructure assets to the absence of an efficient market.

· A rigorous assessment that benchmarks each aspect of infrastructure development against global best practices can identify areas for improvement that could yield substantial results in advanced and developing economies alike.

By posting a comment you confirm that you have read and accept our Posting Rules and Terms of Use.
Advertisement
RELATED ARTICLES
Growth Rates of 3% “Relic of Economic History,” IHS Says
Between 400 and 800 Million Jobs Lost to Automation by 2030: McKinsey
Infrastructure Spending Can Boost City Growth, Report Says
Water Scarcity "Major Threat" to Growth and Stability
Infrastructure Projects Top $22 billion in Bahrain
Advertisement