The Federal Aviation Administration (FAA) has proposed a rule overhauling the airworthiness standards for small general aviation airplanes. According to the agency, its proposal, which is based on industry recommendations, would reduce the time and cost required to introduce safety-enhancing technologies for small airplanes into the marketplace.

FAA's Notice of Proposed Rulemaking establishes performance- and risk-based divisions for airplanes with a maximum seating capacity of 19 passengers or fewer and a maximum takeoff weight of 19,000 pounds or less. It has two principal components: establishing a performance-based regulatory regime and adding new certification standards for loss of control (LOC) and icing. 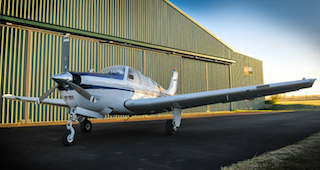 FAA's proposed changes apply to planes of under 20 passengers and 19,000 lbs. weight. Image credit: Pixabay.Although the FAA has incrementally amended its Part 23 regulations over the years to enhance occupant safety, these revisions have focused on individual system components, rather than the safety of the system as a whole. The agency says its rulemaking is designed to build greater flexibility into regulations governing crash testing to allow the aviation industry to more easily develop and implement novel solutions.

According to the FAA, inadvertent stalls resulting in airplane LOC are the most common cause of small-airplane fatal accidents. These LOC accidents frequently occur in the traffic pattern or at low altitudes, where the airplane is too low for a pilot to recover control before impacting the ground. The proposed revisions would require manufacturers to use new design approaches and technologies to improve airplane stall characteristics and pilot situational awareness to prevent such accidents.

The proposed rule change would also require manufacturers that choose to certify an airplane for flying in conditions involving supercooled large drops (large-sized freezing drizzle and freezing rain), as well as mixed phase and ice crystals, to demonstrate that their aircraft can operate safely in such conditions. For those manufacturers who choose instead to certify an airplane with a prohibition against flying in these conditions, the rule would require aircraft to have a means for detecting and safely exiting from such situations.