Dakar 2023: FPT Industrial lines up for the world’s toughest rally

FPT Industrial is taking part in the 45th edition of the Dakar Rally as co-sponsor and supplier of Cursor 13 engines, especially prepared for the IVECO Powerstar trucks of the two new teams, Boss Machinery Team De Rooy IVECO and Eurol Team De Rooy IVECO. The Dakar Rally is the world’s most challenging rally raid, to be held in Saudi Arabia for the fourth time from December 31, 2022, to January 15, 2023.

Preceded by the prologue’s almost 5,000 km of specials, the 14 stages, totaling over 8,500 km, follow a new coast-to-coast route from the shores of the Red Sea to those of the Persian Gulf, finishing in Damman. The organizers have really done everything in their power to make life very difficult for the 365 vehicles in the race, with a route that includes four days in the Empty Quarter’s sea of dunes and a marathon stage during which the crews and their vehicles will be without backup.

Participating in its eleventh Dakar Rally in partnership with IVECO, FPT Industrial has carried out meticulous preparations on its 13-liter Cursor 13 engines which will power the four IVECO Powerstars taking part in the race. 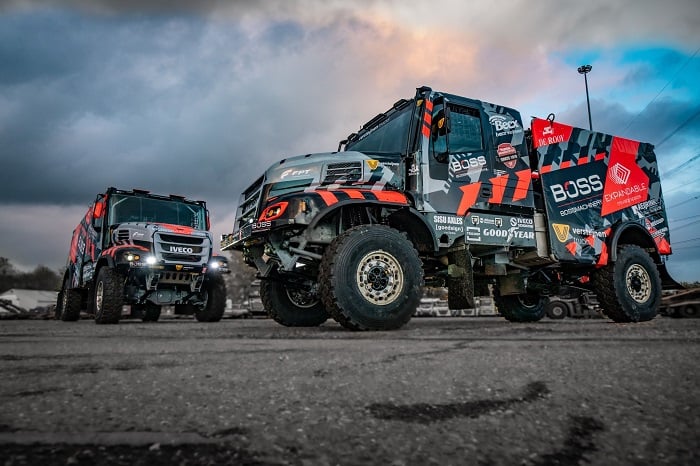 Designed to supply the highest levels of power, efficiency, reliability and sustainability in the toughest on-road and off-road industrial applications – long-range goods transportation, large tractors and top-of the range combines – the Cursor 13 prepared to deal with the pitiless demands of the 2023 Dakar Rally is basically no different from those installed on standard vehicles. Naturally, the FPT Industrial R&D Center at Arbon, in Switzerland, reinforced the propulsion units shipped to Arabia and boosted their power to enable them to generate over 1,000 hp and maximum torque of more than 5,000 Nm, but in terms of design and structure they are identical to those built to deal with more routine challenges.