Researchers from Canada’s McMaster University have developed a food decontamination spray that can be used as a weapon against bacterial contamination and infection.

To develop the spray, the McMaster researchers encouraged bacteriophages, which are harmless viruses that consume bacteria, to link together and form a microscopic chain of beads.

According to researchers, these beads, which are each roughly 20 microns in diameter and contain millions of phages, can be applied to food and other materials safely, ridding those products of harmful pathogens like E. coli. 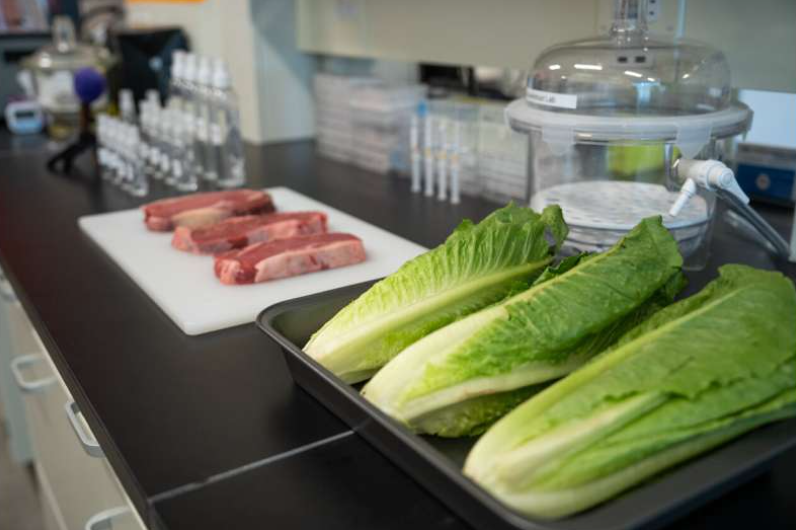 The spray, which is composed entirely of these microbeads, is reportedly food safe. Together the microbeads create a gel-like substance when the phages are encouraged to link to one another — like microscopic Lego pieces, the researchers suggested.

"It's a chain reaction, creating a dynamic and ongoing response that is even more overpowering than antibiotics," the researchers explained. "No other antibacterial product — not even bleach — has the special properties that phages do."

Further, phages can be guided to specifically eliminate harmful strains of bacteria without destroying beneficial bacteria that enhance the taste, smell and texture of certain foods.

The McMaster team demonstrated in the lab that the spray could eliminate E. coli in lettuce and meat and could potentially be used against other bacteria that cause food poisoning, such as Salmonella and Listeria.

The phage sprays could find application in the food processing, packaging, cleaning and water treatment industries. Additionally, the team intends to trial the spray in the medical industry for disinfecting wounds.

By posting a comment you confirm that you have read and accept our Posting Rules and Terms of Use.
Advertisement
RELATED ARTICLES
Researchers develop plastic film that prevents the spread of bacteria in healthcare and food packaging industries
Purdue researchers develop portable pathogen detector for food industry
Synthetic Biotechnology Tools Used to Create a Biodegradable Insecticide
How Viruses Can Improve Food Safety
Light-activated antimicrobial coating kills bacteria under ambient light
Advertisement