The Logan Generating Station in Swedesboro was demolished in a controlled implosion on December 2, 2022. In addition to building large-scale battery storage systems at the Logan plant and the recently shuttered Chambers Cogeneration Plant, Starwood Energy intends to use the existing rights of interconnection at these sites to allow new offshore wind energy projects to connect to the power grid. 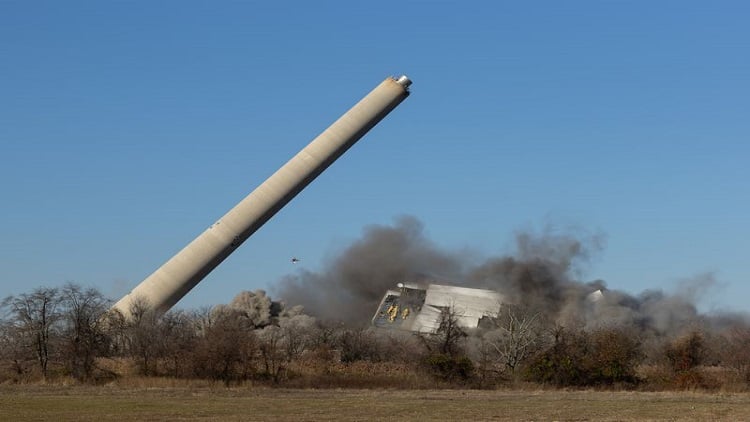 The implosion of the Logan Generating Station marks the end of coal power in the state. Source: Dave Hernandez/NJ Advance Media

In a similar bid to reduce reliance on fossil fuels, the last power plant in Hawaii to consume coal ceased operating in September 2022. The 180 MW power plant, one of the state’s largest emitters of greenhouse gases, will be supplanted by a series of renewable energy projects. By 2024, 14 new renewable energy power plants are planned to fuel the state, encompassing solar farms, battery storage facilities and geothermal energy systems.

Germany and California should be cautionary tale . . .

Ah, the clever anti-technology Left. Making war simultaneously on both nuclear and coal. And be sure they'll be the first to complain when the lights go out.