Arch Coal, the second-largest U.S. coal miner, filed for Chapter 11 bankruptcy protection on January 11 with a plan to cut $4.5 billion in debt from its balance sheet in the midst of a prolonged downturn in the coal industry.

Arch Coal, saddled with debt since its 2011 acquisition of International Coal Group, has been suffering from a drop in coal prices, stricter pollution controls, falling demand from China and increasing competition from natural gas.

"Over the past several years, a confluence of economic challenges and regulatory hurdles has hobbled the coal industry," Chief Financial Officer John Drexler said in a filing with the U.S. Bankruptcy Court in St. Louis on Monday. He was quoted by the Reuters news agency, which reported the story. 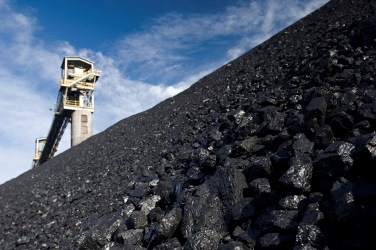 Arch supplies both domestic and international clients and derives 84% of its coal from the Powder River Basin in Wyoming.Arch said it has a debt-for-equity agreement that will give control of most of the company to senior lenders, which as of September included Eaton Vance Management Inc, Tennenbaum Capital Partners and Highland Capital Management.

It will also receive $275 million in debtor-in-possession financing and has more than $600 million in cash and short-term investments, enough to run its operations through the restructuring process, it said.

Arch Coal, with about 4,600 employees, expects mining operations and customer shipments to continue uninterrupted. Unlike other bankrupt miners including Walter Energy and Patriot Coal, the union-free miner said it has no labor issues that need resolving in Chapter 11.

Producers accounting for more than 25% of U.S. coal are currently in bankruptcy, Reuters said, based on 2013 government figures of major U.S. coal companies' production.

Arch supplies both domestic and international clients and derives 84% of its coal from the Powder River Basin in Wyoming. Overall business has been hit by weakness in Central Appalachia, Reuters said.

Before filing for bankruptcy, Arch cut production, wages and prices and its dividend to fight falling demand for coal, which was surpassed by natural gas as the largest source of electricity in the United States for the first time in 2015. Arch Coal was widely expected to go bankrupt after ending a previously proposed debt swap with lenders in October and delaying a $90 million interest payment due in December.

By posting a comment you confirm that you have read and accept our Posting Rules and Terms of Use.
roblox robux generator 2018
#1

The most enjoyable game that i have and if you want full enjoyment roblox robux generator 2018 then try to play this game and full entertainment.