Researchers from Japan’s University of Tsukuba have developed a hand-held soft companion robot for patients undergoing potentially unpleasant medical procedures such as injections.

The soft, fur-covered robot dubbed Reliebo attaches to the wearer’s hand and features small air sacs that inflate in response to hand movements. 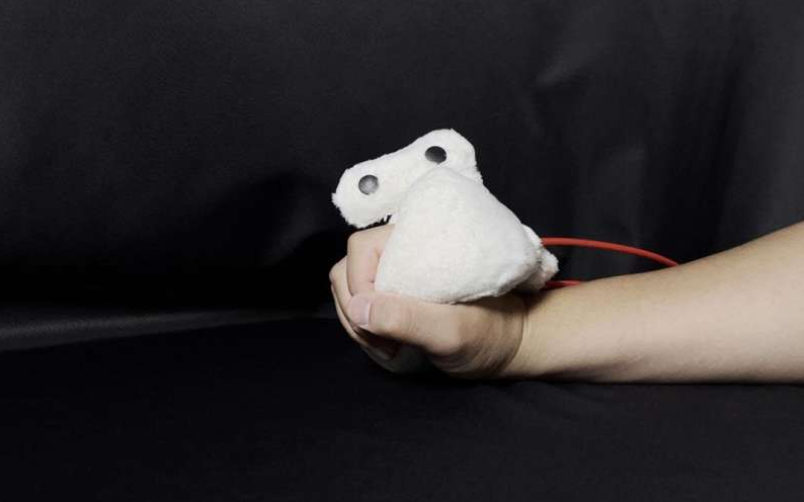 During testing, participants wearing the robot reported less pain compared to those not wearing the device when a painful thermal stimulus was applied. The robot’s developers believe that Reliebo mimics the sensation of human touch and consequently reduces fear and alleviates the perception of pain during medical procedures — both of which are possible reasons accounting for reduced vaccination rates.

Looking at future possible applications for the robot, researchers suggest that Reliebo could serve as a substitute for human contact in the case of another pandemic, for example.

"It is well known that interpersonal touch can reduce pain and fear, and we believe that this effect can be achieved even with nonliving soft robots," explained the researchers.

An article detailing the soft handheld robot — A wearable soft robot that can alleviate the pain and fear of the wearer — appears in the journal Scientific Reports.

By posting a comment you confirm that you have read and accept our Posting Rules and Terms of Use.
Advertisement
RELATED ARTICLES
Artificial skin may pave way for empathetic robot caregivers
Soft materials meet advanced robotics
Research team is training collaborative robots to treat chronic pain
Innovation May Soften a Robot's Touch
Facial recognition in the healthcare industry
Advertisement