Researchers from Brigham and Women’s Hospital and Massachusetts Institute of Technology (MIT) have developed a robotic pill-like device that can successfully pass through the harsh environs of the stomach to deliver payloads of medicine.

The so-called RoboCap can reportedly pass through the acidic environments of the stomach, withstand degradation by enzymes, penetrate the mucus membrane of the small intestine — all of which serve as obstacles to current drug delivery methods — to deliver medications. 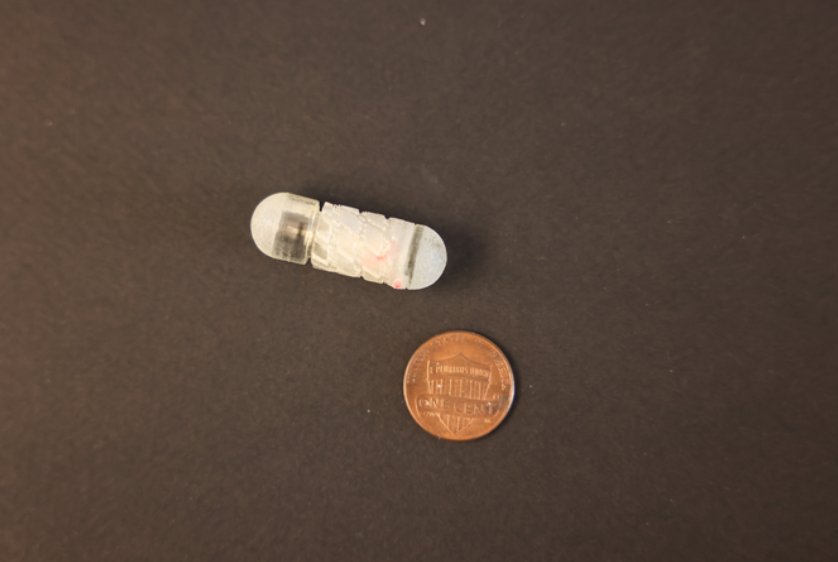 During tests in the lab using a swine model, the gelatinous coating of the orally ingestible robotic drug delivery capsule dissolved in the stomach upon ingestion. Further, the small intestine activated the RoboCap so that it would vibrate and rotate, thereby clearing the mucus in the small intestine, according to its developers. Once cleared, the capsule reportedly delivered its payload — insulin and the antibiotic vancomycin, which is typically delivered intravenously — to the small intestine where the payload is absorbed.

In the swine model, the RoboCap reportedly increased drug permeability for both the insulin and the vancomycin by more than 10 times.

The RoboCap is detailed in the article, RoboCap: Robotic mucus-clearing capsule for enhanced drug delivery in the gastrointestinal tract, which appears in the journal Science Robotics.

By posting a comment you confirm that you have read and accept our Posting Rules and Terms of Use.
Advertisement
RELATED ARTICLES
Robot in a Pill Performs Medical Rescue Missions
Capsule Developed to Treat Hemophilia
Engineers Tap Stomach Acid to Power Tiny Sensors
Ingestible Robot Can Be Controlled by Magnets
Intestine-Chip Shows Promise for Personalized Medicine
Advertisement