From drilling and completion to pumping and production, these valves allow and shut-in flow for every operation of the wellhead, tree system and choke and kill manifolds. The KOP AM20 Series delivers unparalleled safety by ensuring a gas-tight seal from pressures as high as 10,000 psi to as low as 50 psi. The tungsten carbide hard facing protects against wear and ensures superior corrosion resistance, while advanced coating technology on the sealing mechanism also delivers high wear and corrosion resistance as well as lower operating torque. 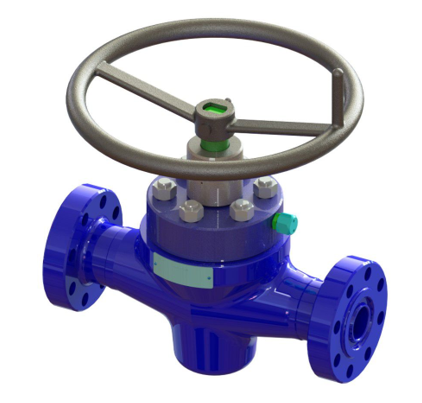 The SPM AM20 Series features a smaller and lighter design for greater cost savings, while its standardized components allow for interchangeability between valve sizes, pressure ratings and manual and actuated gate valves, thus minimizing costs and downtime. The valves can withstands harsh conditions for more than 600 endurance cycles (representing a 60-year lifespan) without grease injection.

By posting a comment you confirm that you have read and accept our Posting Rules and Terms of Use.
Advertisement
RELATED ARTICLES
Engineer's guide to gate valves and their configuration
New Platform for Metal-seated Ball Valves
AVK introduces new gate valves with Supa Maxi and PE ends
Choke valves that are configured for unique production challenges
Celeros introduces improved version of its Model M-303 slab gate valve
Advertisement