A biofilm capable of harvesting energy from the sweat of the wearer and converting it into electricity has been developed by a team of researchers at the University of Massachusetts Amherst.

With the potential to power small wearable devices ranging from personal medical sensors to personal electronics, the entirely “green” biofilm is a thin sheet of bacterial cells composed of an engineered iteration of the bacteria Geobacter sulfurreducens, or G. sulfurreducens. 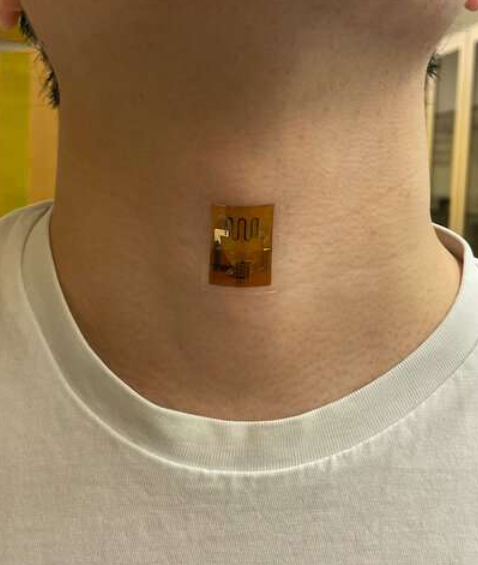 A known producer of electricity, G. sulfurreducens has previously been used in "microbial batteries" to power electrical devices, but required proper care and feeding. Yet, the new biofilm, which produces energy comparable to a similar sized battery, works continuously without needing to be constantly fed because it is dead.

According to the research team, the biofilm produces energy using the moisture, or sweat, from the wearer’s skin. Worn like a Band-Aid, the biofilm offers a continuous and steady supply of electricity, unlike batteries which are bulky and tend to run down and have to be changed or charged.

To create the biofilm, researchers grew the G. sulfurreducens in colonies resembling thin mats where individual microbes connect to its neighbors via a network of natural nanowires. These mats are then harvested and researchers laser etch small circuits into the film. Once etched, the films are placed between electrodes and then sealed with a soft, sticky polymer that can be applied directly to the wearer’s skin where it can be used to power a small device.

The article detailing the biofilm, Microbial biofilms for electricity generation from water evaporation and power to wearables, appears in the journal Nature Communications.

By posting a comment you confirm that you have read and accept our Posting Rules and Terms of Use.
Advertisement
RELATED ARTICLES
Antimicrobial Stainless Steel Coating Boosted with a Bit of Bleach
Kombucha cultures improve living water filters
Engineers develop a method for powering electronic devices with sweat
Watch how tea and magnets combine to combat biofilms
Bacterial biofilm can separate oil from water
Advertisement