Report: Manufacturers suggest robots are not taking over jobs in the manufacturing space

The findings of a recent report reveal that the majority of global manufacturers believe that robots in the manufacturing sector are not replacing humans but instead working alongside them, thereby complementing their work.

According to the recently released Veo Robotics’ 2022 Manufacturing Automation Outlook report, 57% of global manufacturers report that robots aren’t taking over jobs in the manufacturing space, but instead improving human-robot collaboration in that field. 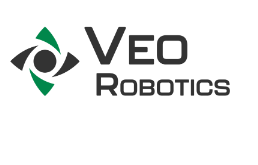 The report, which was conducted by Veo Robotics, the makers of FreeMove a 3D safeguarding system for industrial robots that encourages human-robot collaboration, also found that most manufacturers — 61% — suggested that human-robot interaction within their facilities has increased over the last year.

Surveying over 500 manufacturers throughout the U.S., the U.K. and Japan, Veo Robotics also determined that the majority of manufacturing professionals do not feel that their jobs are at risk in the face of increased automation in the manufacturing space.

“Our findings highlight that the majority of manufacturers are increasing automation with the goal of robots working alongside human co-workers rather than directly replacing them,” said Patrick Sobalvarro, CEO and co-founder of Veo Robotics. “We find that using robots increases the productivity and the value of human workers, freeing them to use their intelligence, judgment and dexterity in their work.”

For more of the findings, visit the Veo Robotics’ 2022 Manufacturing Automation Outlook report.

Re: Report: Manufacturers suggest robots are not taking over jobs in the manufacturing space
#1

I have to disagree with this post. I personally am involved with replacing humans with robots in manufacturing. We purchase our robots to take the place of our temporary employees, so elimination of manual labor is the goal. One recent endeavor replaced 9 temps with 2 robots, and the robots are on site, ready to work, and not waiting on a bus or light rail. I kind of hate the idea, but if I don't do it someone will.

See the entire discussion on CR4, the Engineering Community
Advertisement
RELATED ARTICLES
Happy Manufacturing Day 2019!
Report: Automation has tripled in the US manufacturing industry
Report: Number of manufacturing robots doubled across the globe
Automation academy to launch for the manufacturing sector
Report: Employers to increase or maintain headcount thanks to automation
Advertisement