University of Pittsburgh engineers have devised a technique for recycling the byproduct from drilling and fracking activities.

Wastewater — the byproduct of water forced underground to fracture rock and release the deposits — is generally difficult, time-consuming and expensive to recycle. As such the University of Pittsburgh engineers have developed an approach that relies on membrane distillation, which is a separation process where a micro-porous hydrophobic membrane separates two aqueous solutions at different temperatures. This approach for treating and recycling wastewater will reportedly minimize the environmental impact of drilling and fracking. 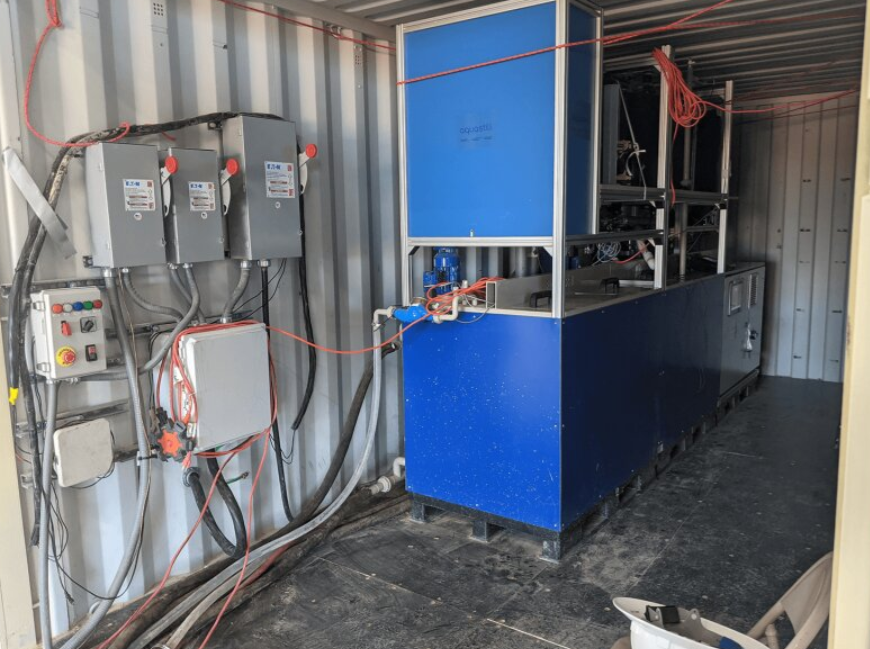 Using the new membrane distillation technology, the engineering team suggests that drillers can filter and re-use the produced water within the oil and gas industry.

"It is of critical importance to develop alternative strategies for the management of produced water that would reduce the overall cost, allow recovery of valuable resources, and reduce the environmental footprint of this industry," explained the researchers. "Right now, the industry is not being presented with financially feasible options. This project proves that those options can and do exist."

Because most current methods for recycling wastewater cannot occur in municipal facilities due to the contaminants present in the wastewater — including mud, bacteria, sand, oil and grease, and naturally occurring radioactive materials — current recycling options include injecting wastewater into disposal wells and processing the wastewater to recover more oil from the water.

However, injection into a disposal well can lead to a permanent loss of water from the ecosystem. Further, at locations without injection wells, wastewater must be shipped elsewhere for disposal, thereby adding to the cost of treating the wastewater.

Yet, the engineers suggest that the membrane distillation technique could save locations without such disposal wells a considerable amount in terms of operational costs — a reported millions in some cases.

The membrane distillation technology is currently being trialed in parts of Pennsylvania, Texas and North Dakota.