Roboticists from Tsinghua University in Beijing, China, have developed earthworm-inspired robots that could potentially be used to perform inspections of centimeter- and millimeter-scale aircraft pipelines.

With their assorted network of internal pipelines for transporting fluids and gases and that feature various twists and turns, aircraft pipelines are time-consuming and difficult to inspect, typically demanding highly skilled engineers to perform such inspections. 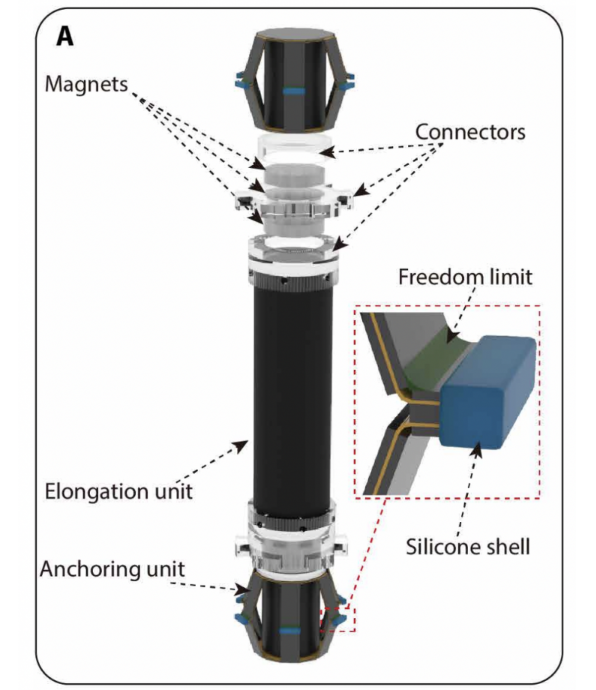 Composed of a system of longer elongation units and shorter anchoring units, the mechanical earthworms move through pipelines when a charge is applied to the artificial muscle — or soft actuators — which causes the muscles to quickly contract so that the 1.85 inch long robots move at one body length per second, according to the roboticists.

The mechanical earthworms can reportedly be customized with the addition or removal of segments that snap together via magnets. This design, according to the team, promises to enable the robots to travel the length of aircraft pipelines from end to end, possibly taking images along the way.

The mechanical earthworms are detailed in the article, A pipeline inspection robot for navigating tubular environments in the sub-centimeter scale, which appears in the journal Science Robotics.