A gel-film designed to pull drinking water from desert air has been developed by scientists and engineers at the University of Texas at Austin.

To improve access to drinking water in arid regions characterized by water scarcity and that rely on groundwater in the absence of freshwater sources, the researchers developed the low-cost gel film. 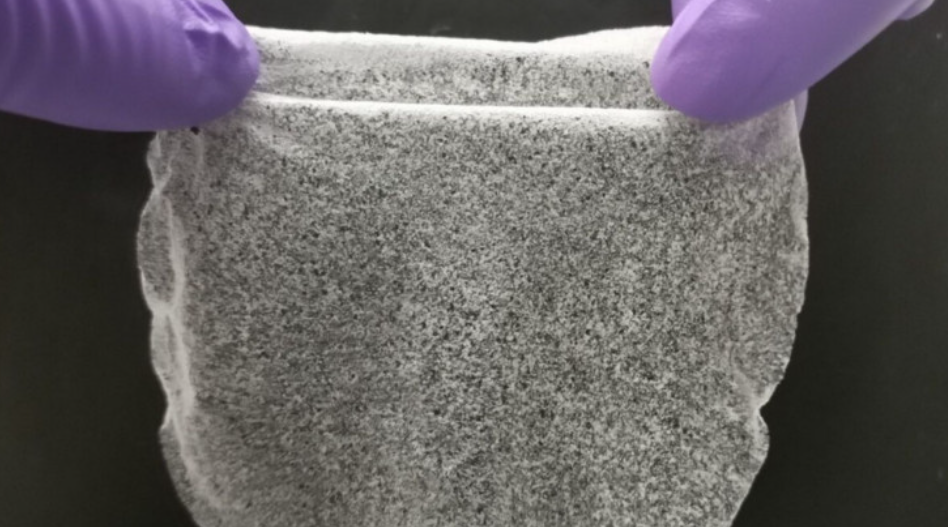 Source: The University of Texas at Austin

Composed of renewable cellulose and konjac gum, which features an open-pore structure that enhances the moisture capturing process, the gel-film can be produced quickly. According to researchers, the gel sets in just 2 minutes, is freeze dried and then removed from its mold, ready for use.

With funding from the U.S. Department of Defense’s Defense Advanced Research Projects Agency (DARPA), the film was initially developed to offer soldiers operating in desert regions a means for producing drinking water.

The gel-film is detailed in the article, Scalable super hygroscopic polymer films for sustainable moisture harvesting in arid environments, which appears in the journal Nature Communications.

By posting a comment you confirm that you have read and accept our Posting Rules and Terms of Use.
Advertisement
RELATED ARTICLES
Video: Solar-hydrogel system efficiently extracts water from air
Video: Solar-driven MOFs Harvest Water from Arid Atmospheres
DARPA seeks proposals for tech that extracts drinking water from the atmosphere
Gel fills holes in tooth enamel
3D-printed device to bring water to soldiers
Advertisement