Astronomers from the Event Horizon Telescope (EHT) Collaboration have revealed the first image of the supermassive black hole at the center of the Milky Way galaxy, produced using a network of radio telescopes around the world.

Known as Sagittarius A* or Sgr A*, the black hole lies some 27,000 light-years away from Earth and is estimated to represent a body roughly four million times the mass of our Sun. Application of very long baseline interferometry allowed astronomers to obtain an extraordinary image resolution of several tens of micro-arcseconds, which has been likened to the ability to spot an orange on the surface of the Moon. This resolution enables researchers to image and scrutinize features of a supermassive black hole such as Sgr A*.

The image presented shows a glowing ring around a dark, inner area dubbed the “shadow” of the black hole. “[It] denotes the boundary where light can no longer orbit the black hole multiple times without being eventually captured,” said Ziri Younsi, an astrophysicist at University College London and one of more than 350 people involved in the EHT Collaboration.

Inside the shadow is the location of the event horizon, the mathematically defined edge of the black hole. In the case of Sgr A*, the event horizon is expected to measure between 12 million km to 24 million km across, depending on how the black hole is spinning. The doughnut-shaped swath of light around the shadow is thought to originate from a mix of two sources whose appearance has been smeared by gravitational lensing. The first is a storm of photons whirling around close to Sgr A*, known as a photon ring; the second is a superheated disc of glowing material that likely encircles the black hole. Notably, the measured size of the photon ring is consistent with the predictions of Einstein’s general theory of relativity. 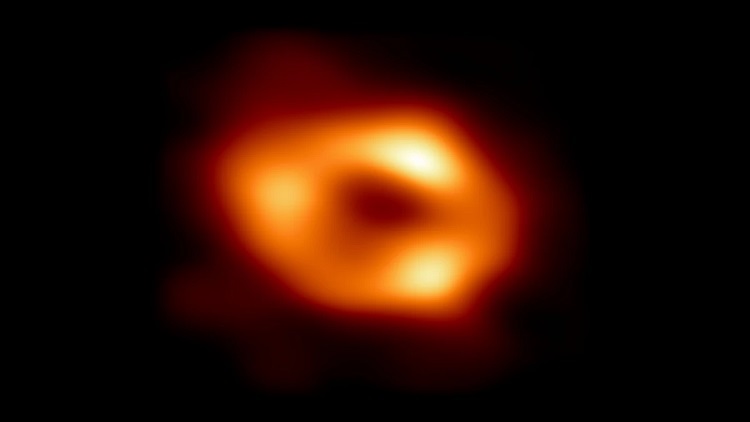 First image of Sgr A*, the black hole at the center of the Milky Way galaxy. Source: EHT Collaboration/CCA4.0

The research observations are published in a series of 10 papers in Astrophysical Journal Letters.

By posting a comment you confirm that you have read and accept our Posting Rules and Terms of Use.
Advertisement
RELATED ARTICLES
See the first ever photo capture of a black hole
Watch: Measuring the Mass of a Black Hole
Video: Enter the black hole at the center of the Milky Way with this NASA VR experience
The Mapping of Black Hole Collisions Gives Astronomers a New View
Watch and listen to the center of the Milky Way
Advertisement 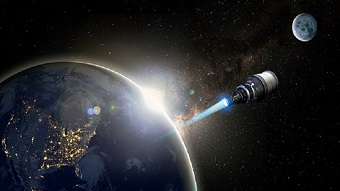