To reduce the amount of food waste — specifically, produce discarded due to its appearance, which numbers in the millions of tons each year — researchers from Florida State University are studying the browning of banana peels for insight into the process and thus revelations about preserving produce.

To model the browning of bananas, which is caused by enzymatic reactions and the air, researchers simulated spot patterns on banana peels to demonstrate how the peels brown over time. 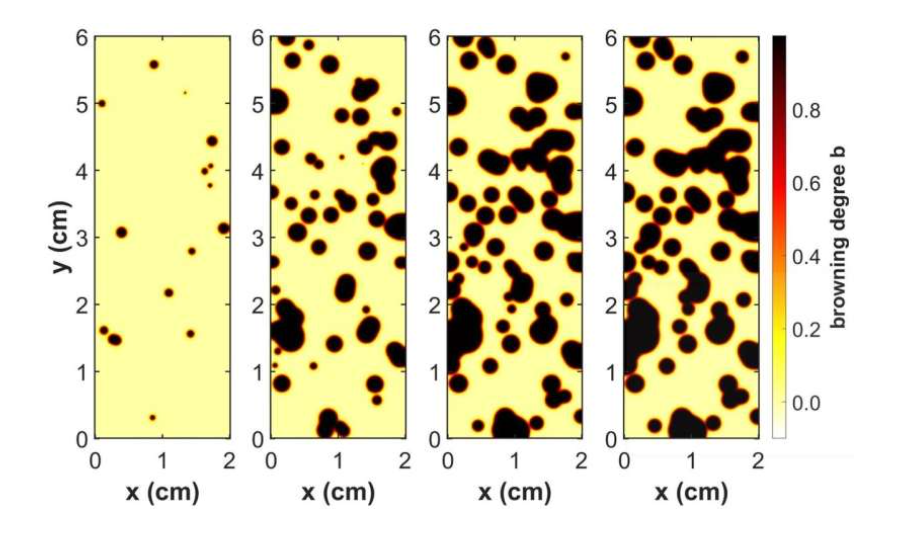 To accomplish this, the team looked at time lapse videos of banana peels to examine how the spots form and change over time. Additionally, the researchers employed a nonlinear reaction diffusion model that takes into account oxygen concentration and degree of peel browning, eventually determining that spots on the banana peels emerged during a two day window, expanded rapidly and then, ultimately, stalled.

Specifically examining the cause for stalling, the researchers suggested that spot formation can potentially be slowed by cutting oxygen levels in their formation sites, thereby potentially mitigating food waste.

"Fruit browning continues to be a major challenge for the food industry. Our study offers a model for banana spotting which is capable of capturing their evolution in a physically meaningful context and which can be applied to procedures to mitigate food waste," the researchers explained.

An article detailing the research, Front-like expansion and arrest of programmed cell death in brown banana spots, appears in the journal Physical Biology.

By posting a comment you confirm that you have read and accept our Posting Rules and Terms of Use.
Re: Banana peels key to tackling food waste?
#1

This article is just bananas!