Video: Mine truck hauls with hydrogen

The world’s largest hydrogen-powered mine haul truck has been engineered by Anglo American plc to operate at its Mogalakwena platinum group metals mine in South Africa. The 2 MW hydrogen-battery hybrid truck generates more power than its diesel predecessor and can transport a 290 ton payload.

Developed as part of Anglo American’s nuGen Zero Emission Haulage Solution (ZEHS) campaign, the mine truck is retrofitted from a diesel-powered vehicle. A hybrid hydrogen fuel cell provides roughly half of the power and a battery pack the other half, and it allows energy recovery from braking. Hydrogen enters the fuel cell from the tank and mixes with oxygen to create water in a chemical reaction catalyzed by platinum, generating electricity to power the motors that drive the wheels. The only emission from the vehicle is water vapor. 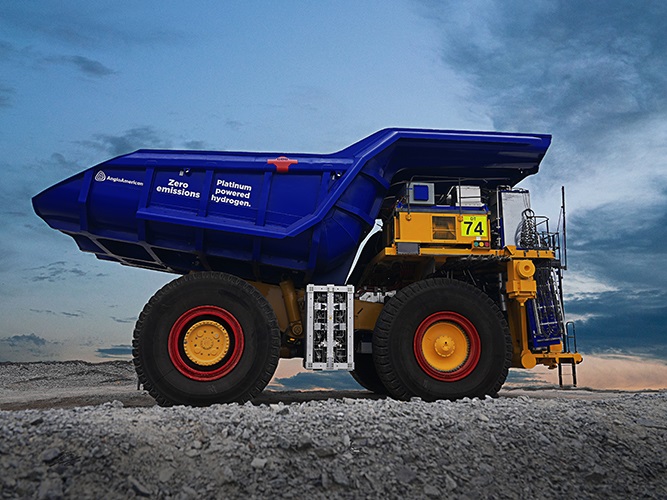 The nuGen ZEHS project includes construction of a zero emission vehicle hydrogen production, storage and refueling complex at the mine site that incorporates the largest electrolyzer in Africa and a solar photovoltaic field to support haul truck operations.