To better control soil evaporation in desert regions, which is often brought about by high temperatures and dry winds that accelerate soil evaporation and increase transpiration from plants, the KAUST team coated a superhydrophobic sand dubbed SandX in a wax coating. 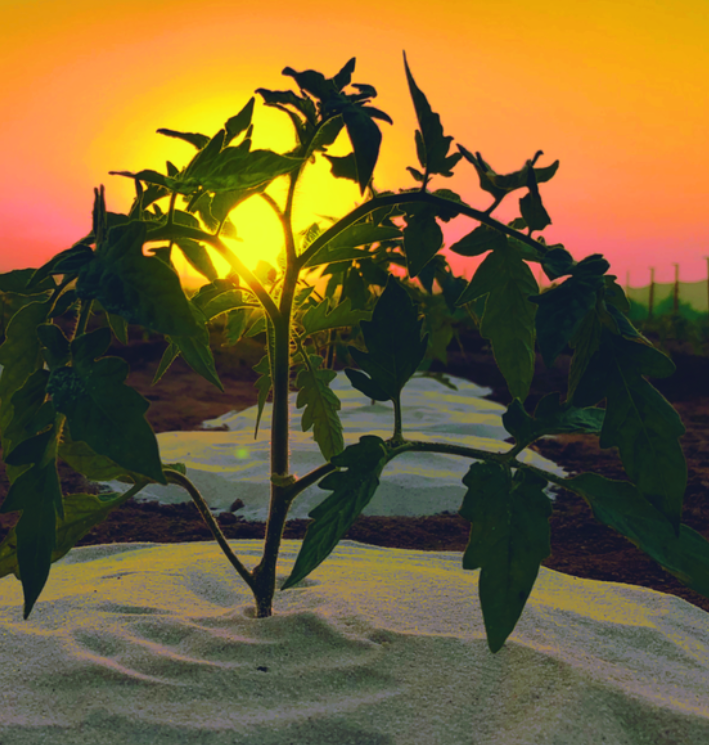 To create the wax-coated sand, the KAUST team dissolved paraffin wax in hexane and added SandX to the mixture. As the mixture dissolved, it left behind a 20 nm thick wax coating on the grains of sand.

The wax-coated sand grains were then applied in a 5 mm to 10 mm thick layer like mulch to an open field in Saudi Arabia where the material reportedly decreased the loss of soil moisture by 50% to 80%. Likewise, tomato, barley and wheat plants trialed with a mix of the wax-coated sand and mulch reportedly, over time, yielded more fruits and grains than those using traditional mulch.

The researchers suggest that the mixture could benefit agriculture in arid regions like Saudi Arabia where an estimated 70% of that country’s freshwater resources are already being used for agriculture but where groundwater aquifers that supply 90% of irrigation water are subsequently being depleted.

The article, Effects of superhydrophobic sand mulching on evapotranspiration and phenotypic responses in tomato (Solanum lycopersicum) plants under normal and reduced irrigation, appears in the journal Plant-Environment Interactions.

By posting a comment you confirm that you have read and accept our Posting Rules and Terms of Use.
Advertisement
RELATED ARTICLES
A greener alternative to plastic mulch
Wax Could Be Safe Storage Material for Hydrogen Vehicles
Passive solar cooling with a few grains of salt
New Purification Method Uses Sand to Clean Chemical-ridden Stormwater
Watch: A stretch for silicon solar cells
Advertisement