The power transmission industry has experienced impressive growth in the last two centuries. And as of today, there are several types of belt drives, with each type having its unique design, advantages and applications. One belt drive type that has been bursting at the seams in many industries today is the flat belt drive.

But just like in every other component design or specification process, engineers are usually faced with challenges when specifying flat belt drives for a particular application. This article presents answers to four frequently asked questions relating to flat belt drives. It will also cover some key calculations for flat belt drive design and specification. 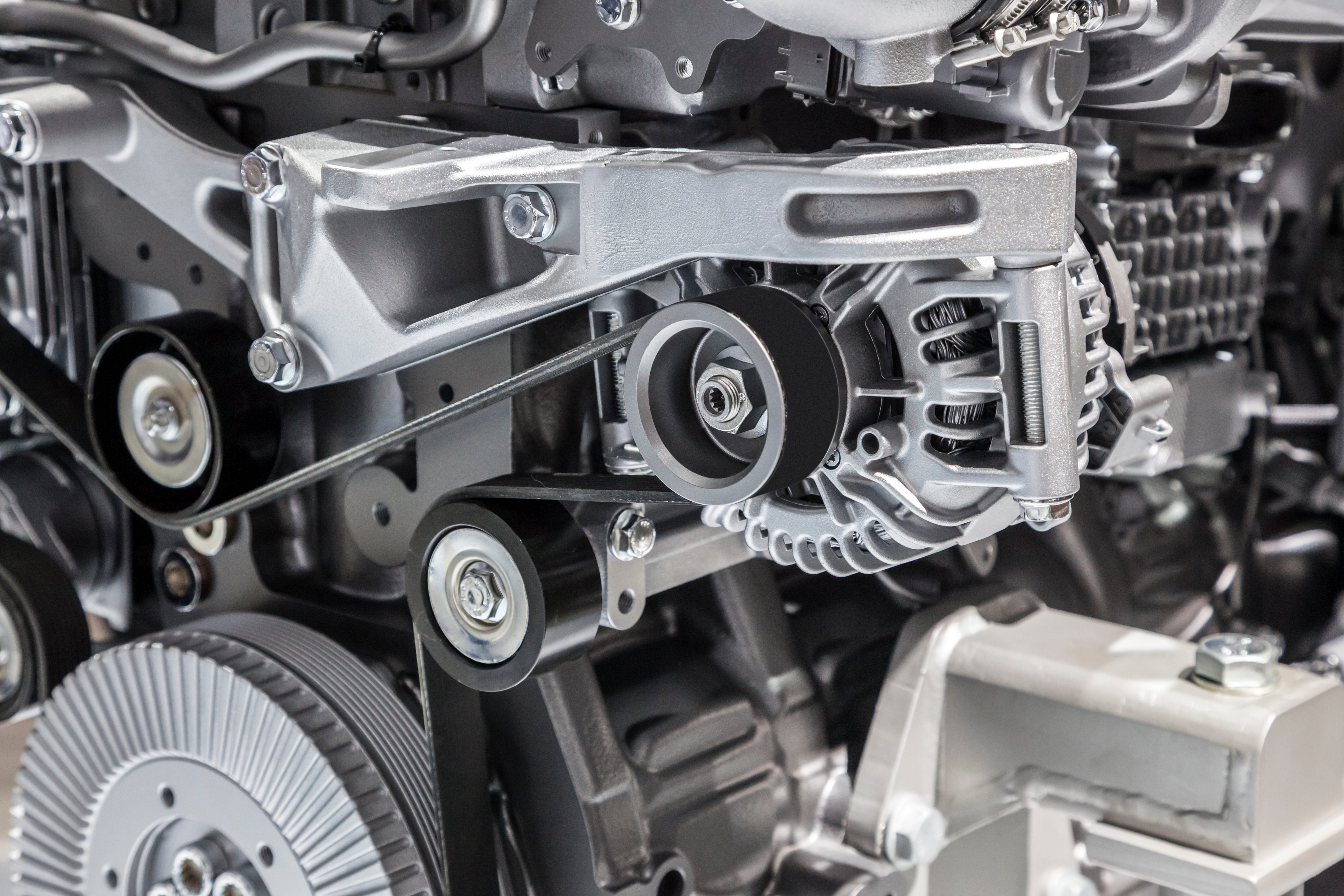 Why are the advantages of flat belt drives over v-belt drives?

V-belts are generally known to transmit higher power than flat belts at the same level of tension.

However, keep in mind that flat belts usually have higher efficiency -- up to 98% -- and longer service life than v-belts. Flat belt drives also allow engineers to have a higher center distance up to 15 m between the two pulleys than in v-belt drives. They are also cheaper and easier to install and use than v-belt pulleys.

What are the common configurations of flat belt drives?

In the open belt drive configuration, the two shafts (or pulleys) have a parallel arrangement and rotate in the same direction, as shown in Figure 2. The driver pulley (or prime over) pulls the flat belt from the lower side (DC) of the pulley drive and delivers it to the upper side (EF) of the pulley drive. This causes the upper side of the belt drive to be slack and the lower side of the belt drive to be tight.

Open belt drives are suitable in applications where the driver and driven shafts are horizontal or a little bit inclined. They are typically found in lathe machines, materials conveyor systems, and pumps.

The driver pulley pulls the belt from the side FC and delivers it to the side ED, making the belt cross itself. As Figure 3 suggests, the belt's wrap (or angle of contact) on the pulley is greater in cross-belt drive than open belt drive, so it is less likely for belt slippage to occur in a cross-belt drive.

However, the continuous rubbing of the belt with itself in cross-belt drives (see point G in Figure 3) causes them to undergo gradual wear, which in turn results in a short life. Additionally, a cross-belt drive requires a longer belt for the same pulley size and center distance compared to an open belt drive.

Cross-belt drives are ideal for high-speed and power applications such as heavy-duty treadmills, paper machine drives, and sortation conveying machines.

What is slippage in flat belt drive?

The friction force (or grip) between the belt and the pulleys is responsible for the rotational motion as well as the strong grip of the belt to the pulley. If this frictional grip between the belt and the pulley is not sufficient, it causes the driver pulley to rotate without carrying the belt with it. This phenomenon is called slip (or slippage) of the belt, and it causes the velocity ratio of the power transmission to reduce.

Slip between driver pulley and belt:

Slip between the belt and driven pulley:

What is the difference between slip and creep?

When a belt moves over a pulley to transmit power, the tension on the “tight” side is more than the tension on the “slack” side. And since belts are usually made from elastic materials, this uneven tension causes the belt to elongate more on the “tight” side than on the “slack” side. This, in turn, causes relative motion of the belt over the pulleys, and it is known as “creep” in a belt.

Creep is due to the elastic property of the belt, whereas slip is a result of insufficient frictional grip between the belt and the pulley. Nevertheless, both slip and creep have the same effect on belt drive systems: they reduce the speed ratio and power transmission.

While this article answers important questions about flat belt drives, there are still several other things engineers must consider when specifying flat belt drives for a particular application. For example, there is still the need to determine torque, pulley dimensions, design power, and engineering materials.

Engineers are advised to reach out to pulley and belt drive manufacturers to discuss their application requirements.

By posting a comment you confirm that you have read and accept our Posting Rules and Terms of Use.
Advertisement
RELATED ARTICLES
3 big FAQs about V-belt drives
Fundamentals of timing pulleys and belts
Timing belts vs. flat and V-belts
Materials conveyors: A guide for specifying belt conveyor systems
Examining motor torque for belt and pulley systems
Advertisement