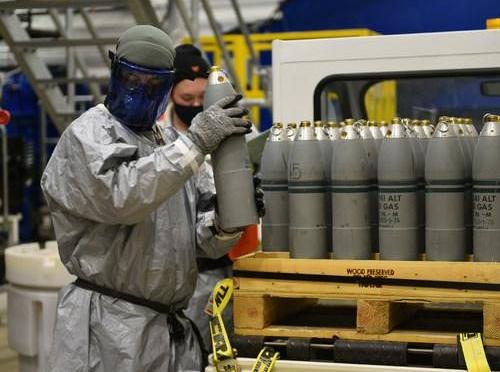 An ordnance technician holds the first 4.2-inch mortar round to be processed at the facility. Source: PCAPP

Heating munitions and treating the pollution

This final campaign will be conducted in three static detonation chambers — armored, stainless steel vessels. The process involves detonating the munitions in electrically heated vessels. The agent and munitions components are destroyed. A pollution abatement system treats the gases. 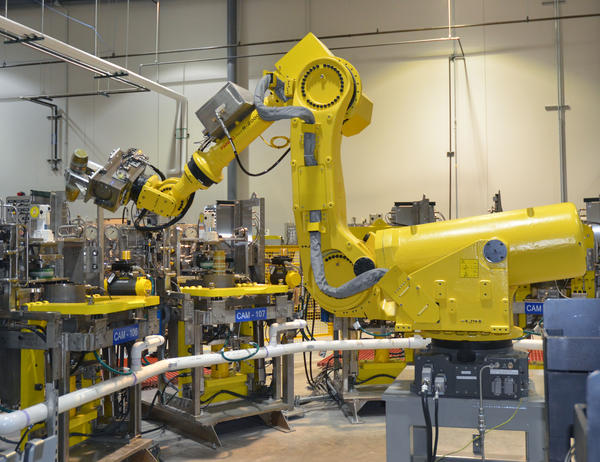 "After years of work and preparation in getting the SDC units up and running, it is gratifying to be on our way with destruction of the third and final campaign," said Todd Ailes, project manager, Bechtel Pueblo Team. "We are making our community safer with every munition we destroy."

PCAPP began with a presidential directive and the ratification of the Chemical Weapons Conventions in 1997. This international treaty asked all member nations to destroy their chemical weapons and production facilities. Bechtel oversees the teams under contract to the Pentagon’s Program Executive Office, Assembled Chemical Weapons Alternatives to help the United States complete its treaty obligations.

Remaining weapons are stored in facilities in Pueblo, Colorado, and Richmond, Kentucky. These two stockpiles make up the last 10% of what was originally a national stockpile of more than 30,000 tons of chemical weapons at seven sites. Weapons destruction at both sites is expected to be completed by December 31, 2023.

By posting a comment you confirm that you have read and accept our Posting Rules and Terms of Use.
Advertisement
RELATED ARTICLES
Robots safely decommission 700,000 munitions
Method for Identifying Chemical Warfare Agents
New report suggests that 3D printing, AI could hasten the creation of WMDs
Researchers Warn About Chemical Weapons Risk Amid Advancements in Science, Tech
Solar energy could power this growing steel rolling mill
Advertisement