US military hiring robotic sous chef for its bases

According to the U.S. Department of Defense, Alfred is expected to help reduce food waste, improve overall sanitation and fill staff shortages at specific military bases across the country. 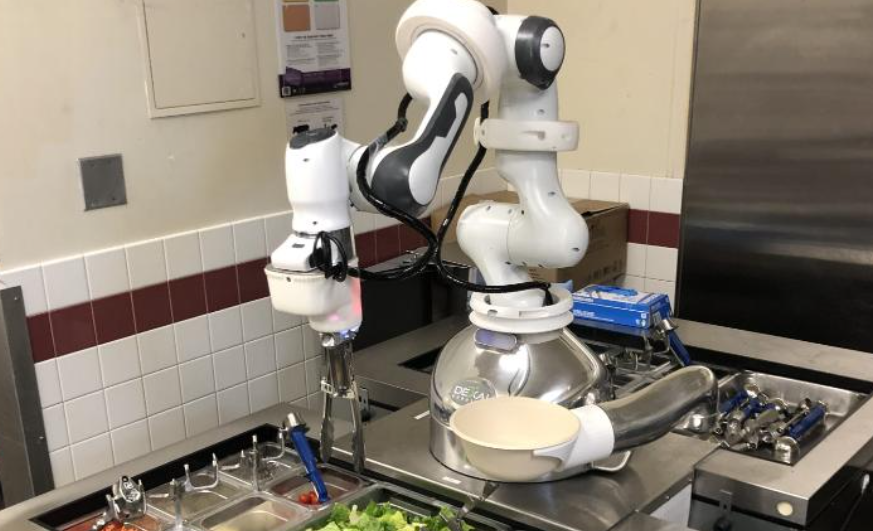 Powered by artificial intelligence and computer vision, the robotic arm can reportedly use standard kitchen utensils and is capable of preparing a variety of meals autonomously.

“Our goal is to make our operations more efficient, safer, easier, and more sustainable,” said Jim Krueger, chief of U.S. Air Force food and beverage policy, procedures and strategic initiatives, in a statement. “In terms of functionality, ease of implementation, and flexibility, Alfred far surpassed anything else we saw on the market.”

So far, the U.S. Department of Defense plans to spend $1.6 million on 10 Alfred robots.

By posting a comment you confirm that you have read and accept our Posting Rules and Terms of Use.
Advertisement
RELATED ARTICLES
Pentagon Banning GPS-Enabled Devices for Deployed Military Personnel
Cooking with artificial intelligence
Drone trials for delivering blood to medics in the field prove successful
Watch this robot learn to taste food as it "chews"
Startup develops robots to help school-children on the autism spectrum
Advertisement