Data collected by the World Meteorological Organization (WMO) are indicative of climate change and temperature extremes worldwide. WMO analysts are now working to verify temperature readings of 54.4° C recorded in both 2020 and 2021 in the world’s hottest place, Death Valley in California, and to validate a new reported European temperature record of 48.8° C in Sicily during the summer of 2021. The most recent addition to places with record-high temperatures: the Arctic.

A temperature of 38° C in the Russian town of Verkhoyansk, located 115 km north of the Arctic Circle, was documented in June 2020, and represents a new Arctic temperature record. Rising temperatures in the region have resulted in 2020 being one of the three warmest years on record and have spurred researchers to add a new climate category — highest recorded temperature at or north of 66.5⁰, the Arctic Circle — to the WMO Archive of Weather and Climate Extremes. 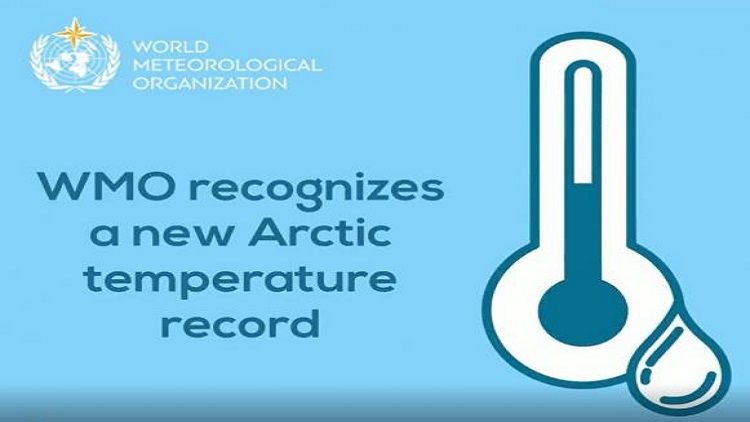 The Arctic is among the fastest warming regions in the world and is heating more than twice the global average. Both polar regions are now represented in the database, as temperature extremes for the Antarctic region have been listed since 2007.

By posting a comment you confirm that you have read and accept our Posting Rules and Terms of Use.
Advertisement
RELATED ARTICLES
NOAA: July 2019 was the warmest month ever
Video: 2020 ties with 2016 for warmest year recorded
Study: Record Concentration of Microplastics Found in Arctic
Black Carbon: A Culprit in Russian Arctic Warming?
Study: Permafrost temperatures are heating up
Advertisement