Emphasis on energy savings in the industrial and consumer fields is increasing, with efforts being made to reduce power consumption during drive operation by using motor inverters. At the same time, protection circuits are becoming more important in these fields as applications continue to increase in power. Rohm has expanded its lineup of thick-film shunt resistors to support an even higher power area. 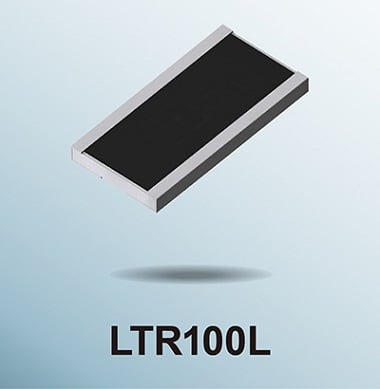 Source: Rohm Semiconductor mm)/1225 size (0.12 inch × 0.25 inch) by revising resistor materials and applying terminal temperature derating. This makes them ideal for current detection in motor control and overcurrent protection circuits for industrial and consumer applications, which are progressing toward higher power. In addition, optimization of the element structure delivers best-in-class temperature coefficient of resistance characteristics among thick-film shunt resistors. As a result, they are not easily affected by temperature — enabling high accuracy, high reliability current detection.

The LTR100L series features a thick-film structure that makes it relatively easy to expand the resistance value range. Application examples include:

By posting a comment you confirm that you have read and accept our Posting Rules and Terms of Use.
Advertisement
RELATED ARTICLES
What is the Ultimate Dielectric Material? Diamond Materials, Part 4
A deep dive into analog multimeters
DC motor operation modes and speed regulation techniques
Appliance Systems May Benefit from Low-V Motors
How DC motor starters operate
Advertisement