A team of scientists from the U.K.’s Cambridge University has developed a so-called “super-jelly” hydrogel material that could potentially withstand the weight of an elephant.

The material, which could be used in future healthcare and robotics applications, features a composition of mostly water (80%). The non-water portion of the hydrogel, however, is composed of polymers bonded together via reversible on and off interactions that dictate the mechanical properties of the material. 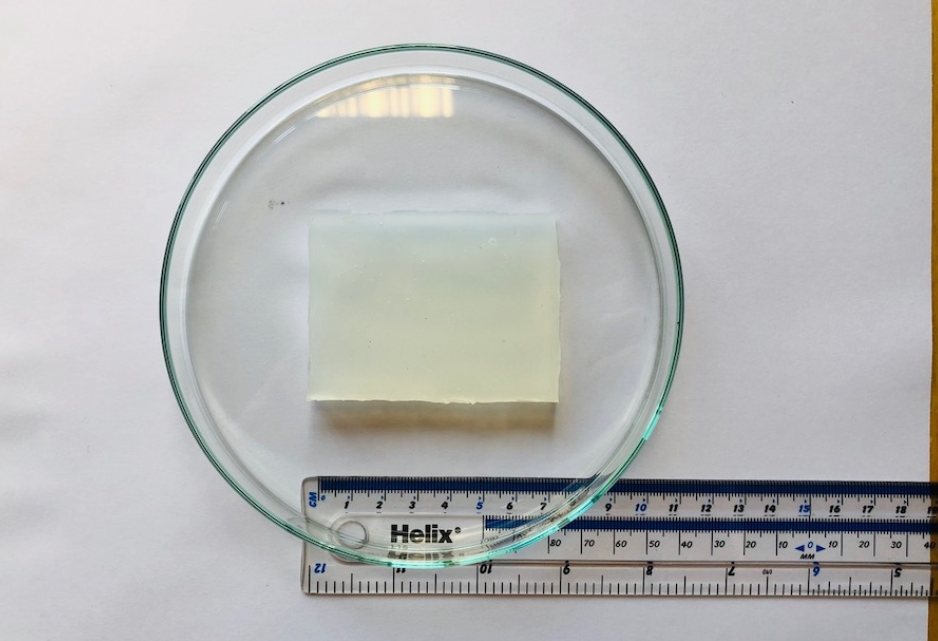 According to its developers, the material behaves like a shatter-proof glass when compressed but can immediately recover its original shape — characteristics that were previously challenging.

“In order to make materials with the mechanical properties we want, we use crosslinkers, where two molecules are joined through a chemical bond,” said the study’s first author Dr. Zehuan Huang.

“We use reversible crosslinkers to make soft and stretchy hydrogels, but making a hard and compressible hydrogel is difficult and designing a material with these properties is completely counterintuitive.”

To overcome this challenge, the team employed molecules called cucurbiturils that imbued the hydrogel with the ability to withstand compression. The research team explained that the cucurbituril behaves as the crosslinking molecule, holding the two guest molecules within its cavity.

To manufacture the hydrogels, the team modified the guest molecules’ molecular structures, allowing the properties of the material to significantly ‘slow down,’ enabling the hydrogel’s mechanical behavior to mimic both rubber-like states and glass-like states.

So far, the material has been used in the making of a hydrogel pressure sensor that can monitor motions such as standing, walking and jumping in real-time. Additionally, the team is eyeing the material for cartilage replacement in biomedical applications as well as bioelectronic use cases.

By posting a comment you confirm that you have read and accept our Posting Rules and Terms of Use.
Advertisement
RELATED ARTICLES
Sticky Hydrogel May Have Health, Marine Applications
Cross-linked hydrogels help wounds heal
New hydrogel self heals and shifts shape
Hydrogel Bandage Senses Temperature, Delivers Medicine
A Better Bio-Ink for 3D Bio-Printing
Advertisement