To determine the impact of decommissioning oil and gas structures on surrounding marine ecosystems, researchers from Aberdeen University in Scotland have teamed up with ocean data company XOCEAN to autonomously survey fish populations off the northeast coast of Scotland using robots.

As part of the Influence of Man-made Structures in the Ecosystem (INSITE) program, XOCEAN’s uncrewed surface vessel (USV) used sonar to gather data on the number of fish in marine ecosystems surrounding decommissioned oil and gas platforms. 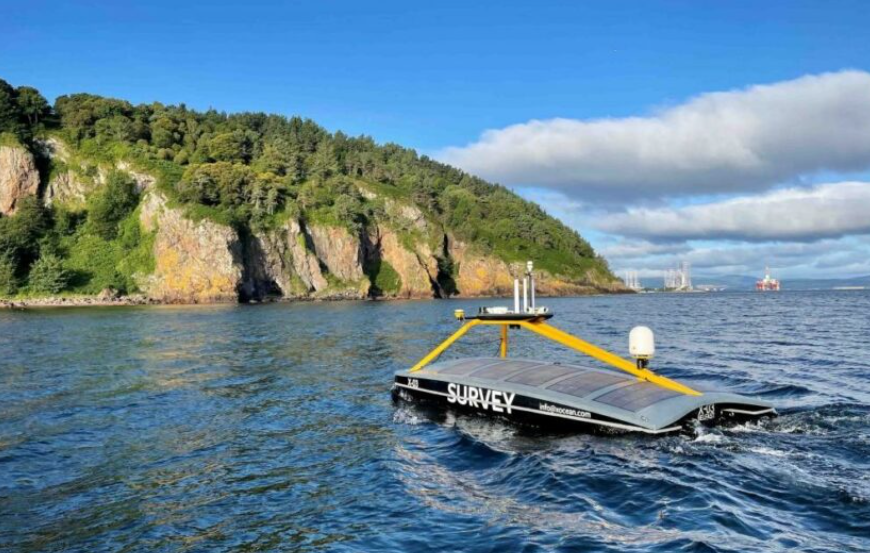 According to the researchers, the USVs feature sensors that collect and validate data in real-time and the boat can be controlled by operators located miles from the shore. The USVs are roughly the size of a standard car — which enables the autonomous vehicles to get closer to oil and gas structures than the traditional ships used to conduct such research.

The INSITE program is expected to run until 2023.

For more on the USVs, watch the accompanying video that appears courtesy of Aberdeen University.

By posting a comment you confirm that you have read and accept our Posting Rules and Terms of Use.
Advertisement
RELATED ARTICLES
Part 2: The robots working on (and off) the offshore oil and gas platform
Report calls for the oil and gas sector to invest in marine renewables
Dashboard offers intel about aging oil and gas platforms
Researchers develop model for prediciting decommisioned oil rig impacts on ecosystem
Study: Oil and Gas Rigs Protect Corals
Advertisement