In this latest addition to Mokveld’s portfolio, the valve producer takes the innovative design features of its axial flow control valve to the next level. The ZEV-R incorporates an internal actuator to remove the need for dynamic packing seals, thereby eliminating the main leak path seen in traditional valve designs. Furthermore, Mokveld only uses static seals to atmosphere, ensuring that process fluid is not in direct contact with these static seals. Without shaft seals and body joints unintentional leaks are impossible across the entirety of the valve’s service life. 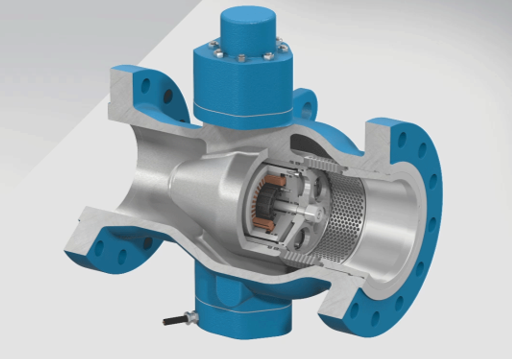 Another notable design feature of the ZEV-R is its low weight and compact design, which further reduce the valve’s lifecycle environmental footprint. Mokveld has also engineered the valve with a streamlined flow path through the full port expanded body, thus preventing erosion and vibration. Thanks to this inherent high capacity, smaller valve sizes can be used.

Along with zero emissions, the new ZEV-R comes with the highly efficient and accurate technology of the servo actuator which delivers positioning with unparalleled precision. This combined with the superior turn down ratio of the axial flow control valve provides a very large operating envelope. With a virtually zero dead time, controllability is further enhanced, with valve movement beginning as soon as a signal change is given.

The new ZEV-R complies with a range of international standards including ISO 15848-1, and is highly effective for systems containing volatile air pollutants, volatile organic compounds, hazardous fluids, etc. With minimal power requirement during movement and near zero power required when stationary the ZEV-R is an ideal choice for remote locations, such as sites which are solar powered or those which rely on uninterruptible power sources.

By posting a comment you confirm that you have read and accept our Posting Rules and Terms of Use.
Advertisement
RELATED ARTICLES
Clarke’s patented shutter valve addresses fugitive emissions
Seal Selection for Valve Design and Retrofitting
Oxford Flow claims zero fugitive emissions with the new ES axial flow valve
How to Select the Right Valve for Your Application
How Do Ball Valves Work?
Advertisement