The aviation industry is a major carbon dioxide emitter and contributor to global warming. As a potential remedy, University of Georgia researchers recommend replacing conventional petroleum-based jet fuels with a sustainable aviation fuel derived from a type of mustard plant cultivated in the southeastern U.S. 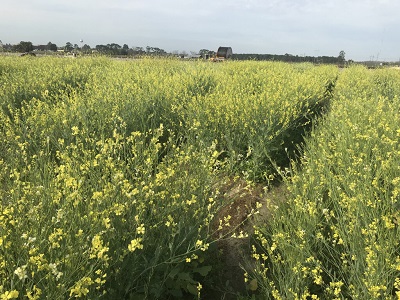 The price for producing fuel from carinata ranged from $0.12 to $1.28 per liter. The price for petroleum-based aviation fuel was $0.50 per liter, higher than carinata-based fuel when current economic incentives were included in the analysis. The plant-derived fuel is also associated with total carbon emissions of 918.67 g of carbon dioxide-equivalent/liter for a 68% reduction relative to the 2,618 g of carbon dioxide-equivalent/liter emissions associated with conventional aviation fuel.

The research is published in GCB Bioenergy.

By posting a comment you confirm that you have read and accept our Posting Rules and Terms of Use.
Re: Sustainable jet fuel cuts the mustard – and emissions
#1

How does this compare with other plant-based sources for the fuels? Humor: will we have jet planes with an exhaust smell of mustard, just as we have some diesel-powered vehicles that smell of french fries?