NASA has announced more details for its planned mission to launch a probe in 2026 to explore Titan, one of Saturn’s more fascinating moons.

To conduct the search for possible signs of life, NASA is sending an eight-bladed rotorcraft called Dragonfly to explore the atmosphere. The expectation is that this vehicle will spend at least 32 months exploring once it has arrived at Titan around 2034.

This search for life will utilize the Dragonfly Mass Spectrometer (DraMS) laser currently under development at NASA’s Goddard Space Flight Center located in Greenbelt, Maryland. Construction of the DraMS laser will use a compact solid-state 266-nm pulsed neodymium-doped yttrium aluminum garnet (Nd:YAG) laser. This ultraviolet (UV) laser is one of the most common types used for generating high-intensity pulses. Thus, this proven technology is ideal for the complex challenges that lie ahead of the mission. 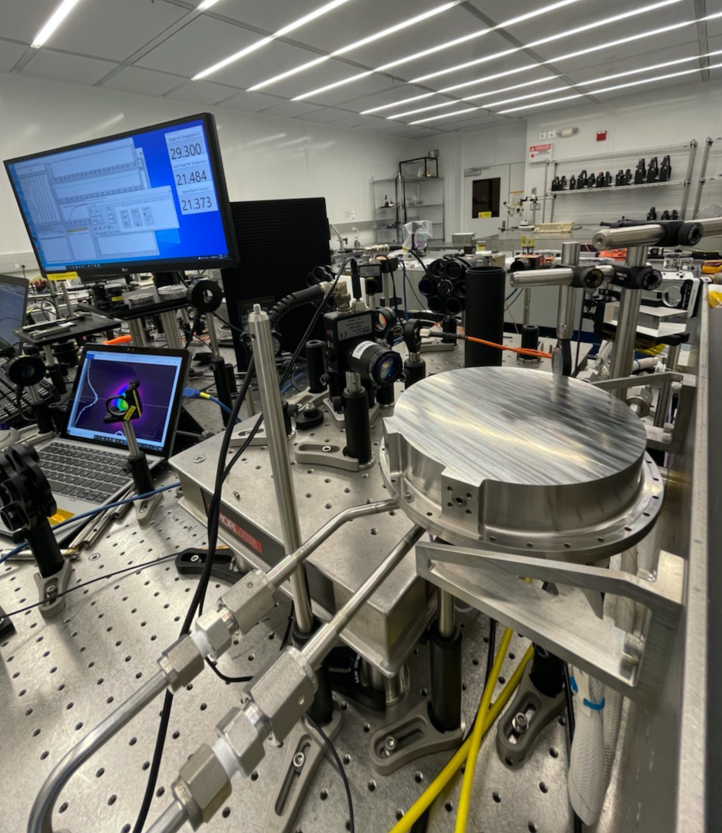 The UV laser will help identify component compounds contained in materials collected by the Dragonfly. This process is a two-step procedure that exploits two key features of laser use. First, the laser will be focused on samples to desorb molecular compounds out of the collected material. This step is essentially a process of vaporizing the organic compounds present within samples to be collected and processed. Second, the laser ionizes the vaporized compounds by exciting them so that they accumulate a net electric charge. This ionization will then allow their analysis in a mass spectrometer where identification of the released compounds occurs.

Titan is surprisingly large for a moon, larger than the planet Mercury and it’s the second-largest moon in our solar system. What’s particularly interesting is its potential to harbor life thanks to the complex organic chemicals present. Titan has a methane-rich atmosphere, both in gas and liquid form. Its surface contains methane lakes and flowing methane rivers, and there are subsurface oceans of liquid water. In addition, complex organic chemicals are present in the atmosphere, so the search is on for potential molecular biosignatures that signify extraterrestrial life.

The main challenges are building a laser robust enough to survive the trip aboard Dragonfly and then operate in extremely low temperatures reliably for the entire mission. In operation, the laser will need to cope with transitional temperature layers between the Dragonfly’s internal environment and the harsh external environment. In addition, low mass and low power consumption are essential criteria for all space probe components.

Find further details of the laser development program at Lasers to Probe Origin of Life and Star-Shattering Collisions.

By posting a comment you confirm that you have read and accept our Posting Rules and Terms of Use.
Advertisement
RELATED ARTICLES
Watch: Electronic Skin, Drones Open Olympics, NASA Submarine
Cassini to Begin its Final Orbits Around Saturn
A tool for detecting extraterrestrial life
NASA Space Sub to 'Swim' in Titan's Oceans
Video: Titan to de-paint planes using robots, laser ablation
Advertisement