The Haliade-X 14 MW prototype offshore wind turbine installed in the port of Rotterdam, the Netherlands, by GE Renewable Energy has started operating at 14 MW. This uprated version of the Haliade-X 13 MW, which received its type certification in January 2021, can generate up to 74 GWh of gross annual energy production, saving up to 52,000 metric tons of carbon dioxide, which is the equivalent of the annual emissions generated by 11,000 vehicles. 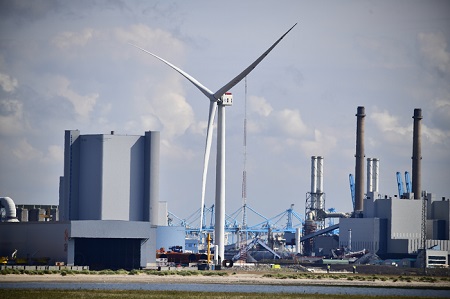 The capacity to produce more power from a single turbine means fewer units need to be installed at each wind farm. In addition to less capital expenditure, this also simplifies operations and maintenance, improving the affordability and accessibility of renewable energy for consumers.