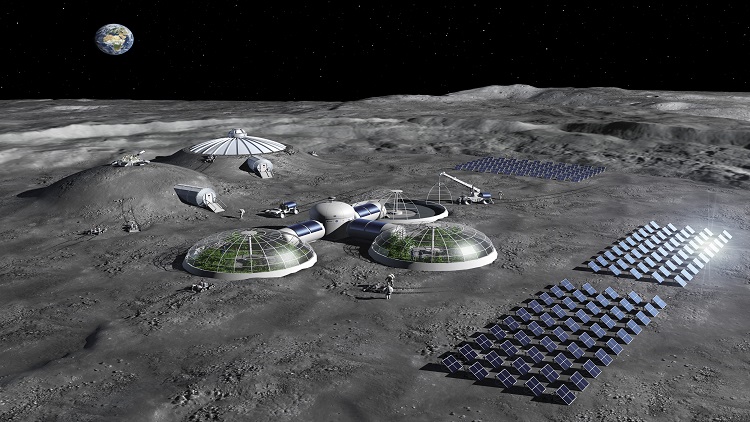 The future of manned interplanetary exploration programs will be largely dependent on the availability of life-sustaining resources in situ. Fortunately for aspiring astronauts and mission planners, technology is being advanced to locate and exploit water resources on the Moon and Mars.

An international research team has demonstrated how water as well as oxygen can be extracted from lunar soil by means of heat. The two-step process is based on a furnace system used by industrial chemists and adapted to harvest water in the lunar environment. A soil simulant is vaporized in the presence of hydrogen and methane, then washed with hydrogen gas. Heated by the furnace to temperatures of around 1,000° C, the soil minerals are gasified and processed with a catalytic converter and condenser to separate out water. Oxygen is then extracted through electrolysis, and methane and hydrogen are recycled. A solid by-product rich in silica and metals might also be processed to tap additional resources.

Researchers from Politecnico Milano, the European Space Agency, the Italian Space Agency and the OHB Group detailed the technology at the recently convened virtual meeting of the Europlanet Science Congress 2021.

Research is also identifying likely subsurface deposits of water ice in the temperate regions of Mars where it would be easiest for future human explorers to survive. Scientists from the Lunar and Planetary Institute of the Universities Space Research Association (Houston, Texas), University of Murcia (Spain), NASA Goddard Space Flight Center and the University of Michigan have analyzed seasonal variations documented in data from NASA’s Mars Odyssey mission.

The researchers explain that neutron spectrometer data signal the presence of hydrogen beneath the surface of Mars from mid to equatorial latitudes. As the coldest ground temperatures occur at the same time as the largest observed increase in hydrogen content, seasonal variations indicate that water ice is forming in the shallow subsurface of these regions during fall and winter.

This development was also presented at the European Planetary Science Conference 2021.

By posting a comment you confirm that you have read and accept our Posting Rules and Terms of Use.
Advertisement
RELATED ARTICLES
NASA and JAXA Find Moon Tunnel Ideal for First Moonbase
PKB Wins Contract to Support Mars 2020 Mission
Robotic Exploration and Settlement of Lunar Caves
NASA Looks to Aerospace Vendors for New Moon Delivery Service
Video: NASA Wants to Pump You Up for Future Space Travel
Advertisement 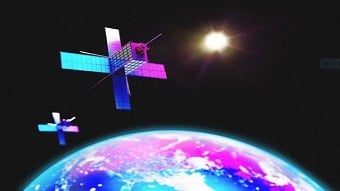