Researchers from the Stanford Computational Imaging Lab are using a method called non-line-of-sight (NLOS) imaging to reveal objects within a closed room by peering through a keyhole with a single laser.

Using the existing NLOS method, a single tiny hole large enough to enable a laser to pass through to the closed room is necessary for the NLOS method to work. As the laser beam passes through, it creates a point of light on the opposite interior wall. The laser reportedly bounces off that wall, off an object in the room and then off the wall again before passing through the keyhole again to a camera that features a single-photon photodetector that measures the time difference between sending and receiving the signal. 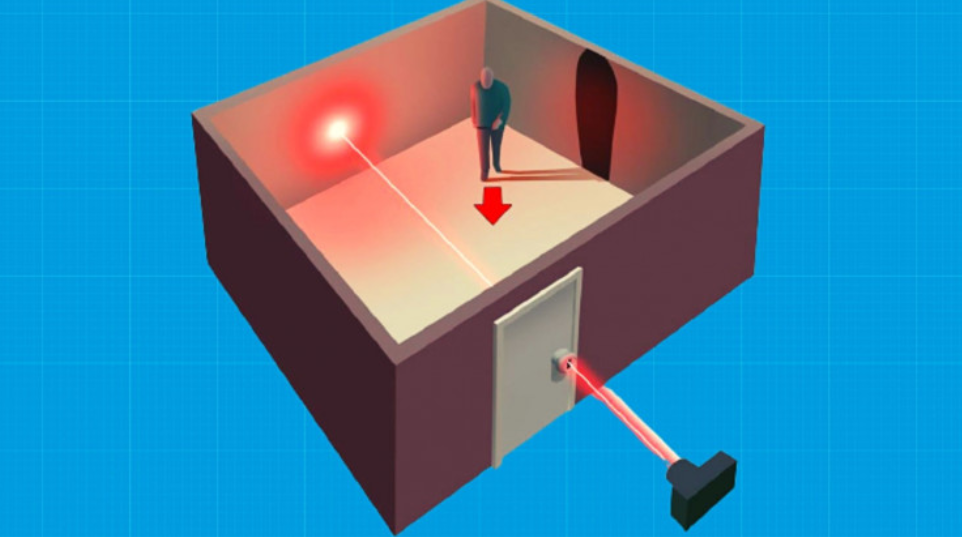 According to researchers, if the obstructed object is not moving, the NLOS technique will not have enough information to identify what it is. To overcome that challenge, researchers determined that they could image a moving object via pulses of light from a laser that generates viable data enough amid longer exposure times. According to researchers, this offers enough information for an algorithm to create an image of the object.

Although the technique reportedly produced images lower in quality than even earlier NLOS techniques, enough detail existed to flesh out the shape and size of the obstructed object.

Eventually, the researchers expect for the technology to be used by law enforcement or the military for surveillance applications. They also envision applying the NLOS techniques to drones to potentially survey rough terrain or a criminal suspect’s home.

For more information on the NLOS technique, watch the accompanying video that appears courtesy of the Stanford Computational Imaging Lab.

By posting a comment you confirm that you have read and accept our Posting Rules and Terms of Use.
Advertisement
RELATED ARTICLES
Allowing Autonomous Vehicles to See Around Corners
360-Degree Radar Helps People, Robots Work Together Safely
Watch How Squid Ink Can Eliminate Painful Dental Prodding
Video Gaming Technology Inspires Advance in Medical Imaging
Scattered-light Technology Could Allow Cameras to "See Around Corners"
Advertisement