Scientists from the U. S. Department of Energy’s (DOE) Princeton Plasma Physics Laboratory (PPPL), Brown University, MIT and the University of Wisconsin have set the stage for enhanced future experiments in the quest to bring energy generated from fusion to Earth. This potential breakthrough is a way to measure the radio frequency (RF) waves that could be used to validate predictions of their impact, and could aid in follow-up experiments on the National Spherical Tokamak Experiment-Upgrade (NSTX-U) and at other fusion facilities around the world. NSTX-U is the flagship fusion experiment at PPPL, currently under repair.

Measuring the fluctuations the RF waves create in the density of fusion plasmas is the key to predicting their impact. The challenge is measuring the rapidly occurring swings caused by the high frequency of RF waves.

To overcome this, the researchers launched two waves at different frequencies to create a “beat wave.” The technique produced measurable swings. "If we were able to both create a beat wave fluctuation and measure it, we would have a new tool for validating predictions for RF heating and current drive," explained MIT researcher Grant Rutherford. 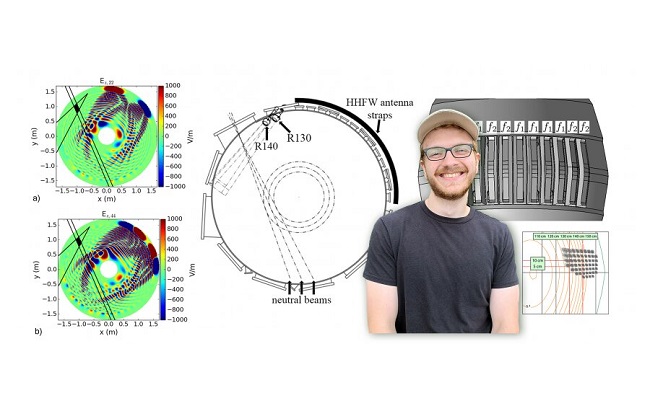 The benefits of these measurements could facilitate study of the performance of RF wave actuators and could enable validation of RF calculation tools developed throughout the fusion community. The method was tested with a synthetic version of a 2D beam emission spectroscopy diagnostic to evaluate simultaneous RF injections into the plasma. This was intended to improve the ability to measure the RF field waves and improve understanding of the density swings.

A paper on this research is published in Review of Scientific Instruments.

By posting a comment you confirm that you have read and accept our Posting Rules and Terms of Use.
Advertisement
RELATED ARTICLES
Unexpected currents in plasma could advance fusion energy
How to Quash Fusion Reaction Instabilities
AI for Reliable Fusion Reactions
Long-range plan for fostering US fusion energy
Plasma stability promised with compact fusion device
Advertisement