A stand-alone software system was developed at U.S. Sandia National Laboratories to optimize biofuel and chemical production based on synthetic biology technology.

The RetSynth platform uses a novel algorithm to sort through large, curated databases of biological and chemical reactions, which could help users synthetically engineer compounds used in the production of 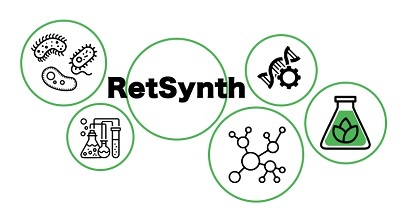 Source: U.S. Sandia National Laboratories biofuels, pharmaceuticals, cosmetics, industrial chemicals, dyes, scents and flavors. Retrosynthetic analysis streamlines the identification of possible pathways to production, based on the series of biological and chemical reactions needed to engineer and modify the molecules in a cell, to manufacture the desired biological product or compound. By using the software to rapidly analyze all pathways, scientists can determine the production sequence with the fewest steps, the sequences that can be completed with available resources or the most economically viable process.

Additional software features include the ability to collect data from metabolic repositories, perform flux balance analysis, and to view optimal pathways identified by the algorithm using a built-in visualization module. The software also identifies sub-optimal pathways and allows incorporation of non-biological chemical reactions, which may be performed after metabolic production of precursor molecules.

By posting a comment you confirm that you have read and accept our Posting Rules and Terms of Use.
Advertisement
RELATED ARTICLES
Better Biofuels and Bioproducts from Photosynthesis?
New Flavin-based Electron Bifurcation Method Could Lead to Better Catalytic Processes
Watch How Machine Learning Picks Up the Pace of Bioengineering
Researchers Develop New Way to Do Metabolic Engineering
Model Mimics Wood Formation for Studying the Production of Lignin in Wood
Advertisement