Watch as VR brings jurors to the crime scene

Suggesting that VR used in the depiction of crime scenes where a murder has been committed or a car accident has occurred could improve a juror’s vision of a crime. The UniSA team simulated a hit-and-run crime scene both virtually and using photos. 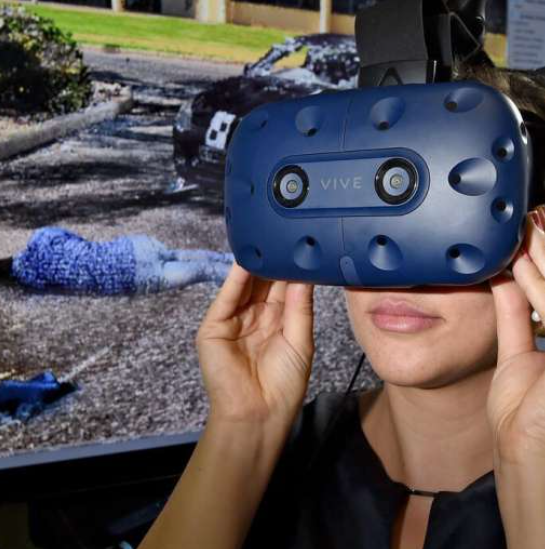 According to the researchers — who collaborated with law enforcement personnel, legal professionals and forensic scientists — the jurors who used 3D headsets to view the crime scene demonstrated better recall and spatial accuracy than those jurors who viewed crime scene photos only. Additionally, the jurors who used VR were roughly 9.5 times more likely to agree on a verdict and they also correctly remembered the location of the vehicle in the crime scene simulation in relation to the victim.

To see how the UniSA team reached these conclusions, watch the accompanying video that appears courtesy of the University of South Australia.

The study, Bringing the Jury to the Scene of the Crime: Memory and Decision-Making in a Simulated Crime Scene, appears in the journal Proceedings of the 2021 CHI Conference on Human Factors in Computing Systems