Researchers from the Indian Institute of Technology Guwahati (IIT Guwahati) have created a transparent, biodegradable film that encourages wound healing.

The polymer-based hydrogel film, which is composed of polyvinyl alcohol (PVA) combined with a natural polymer starch, is non-toxic and creates a moist environment that encourages the body to heal via endogenous enzymes. 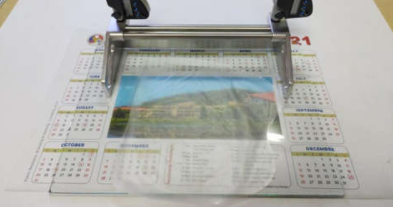 In addition to being biodegradable, the wound-dressing film is also biocompatible, easy to remove, super absorbent and inexpensive to manufacture, according to its developers.

Unlike standard wound dressings — cotton wool, lint and gauze for instance — the transparent film is easy to remove and reduces the risk of damaging healed tissue. Additionally, the film prevents the accumulation of exudate and adjusts to the changing shape of a healing wound, thereby preventing scar formation.

The film is described in greater detail in the International Journal of Biological Macromolecules.

Sounds promising. Modern adhesive bandages sometimes known by the 'Kleenex®' name Band-Aids®, use a porous material that seems to do a pretty good job of not sticking to the wound, but let excess fluids soak into the gauze underneath and allow air to reach the wound to help it heal. I would be curious to see how this film would work in a similar situation and would they be stuck on me?