Manufacturing food and beverages for public consumption is always a race against time. From the moment the raw ingredients required to produce a finished good are picked, harvested or caught, the race begins. Sadly, many manufacturers end up on the losing side.

According to statistics, approximately 25% of residential food waste is caused by inadequate packaging processes which lead to spoilage. Reducing food wastage and increasing the shelf-life of food and beverages starts with implementing optimal food packaging techniques that guaranty food safety. This is why managing the type of air used within a package, as well as the airflow between packaged food and its environment, is a crucial post-processing stage in the food and beverages industry. 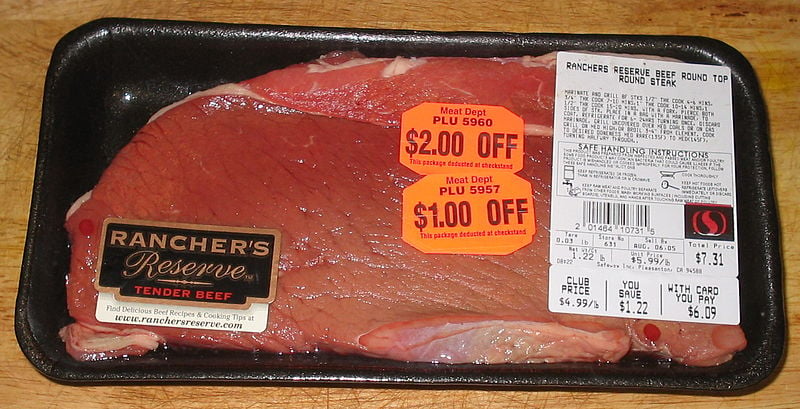 Diverse components of the air we breathe hasten the spoilage of food. For one, oxygen and the oxidation process create an environment where bacteria thrive and other gases work alongside oxygen to cause rust. Thus, maintaining optimal food freshness over a long period of time requires removing certain gasses and injecting others such as nitrogen or a predefined mixture of gasses for a longer shelf-life.

Traditionally, nitrogen flushing, vacuum packaging and carbon dioxide injection are used to control the biochemical metabolism and to preserve the freshness of both raw materials and finished goods. Starting with nitrogen flushing, the gas is chosen specifically for its ability to displace oxygen and eliminate the oxidation process.

Nitrogen flushing involves forcing nitrogen into food packages which flush out other gas mixtures. The package is quickly sealed in a controlled environment to ensure atmospheric gasses do not reintroduce themselves into the package. Utilizing nitrogen flushing also injects pressurized nitrogen that serves as a protective cushion for the product while it is transported to warehouses and the consumer.

Nitrogen blanketing keeps beverages or liquid foodstuffs that are susceptible to spoilage or chemical oxidization safe for long term shelving. The blanketing process involves the use of nitrogen to replace reactive atmospheres. The nitrogen gas is pumped into the storage package or tank and released into the atmosphere until the tank is blanketed. The atmospheric pressure is maintained using pressure valves until the tank is sealed.

Carbon dioxide injection is used as a preservative for fresh produce such as salads and fresh meat. It also puts the fizz in fizzy drinks such as soda, beer or cider. Like nitrogen, carbon dioxide flushes out oxygen to inhibit bacteria activity and to lower the pH level of food and beverages. Carbon monoxide is also used in preserving meat as it reacts with oxygen to create carbon dioxide while preserving the mostly red color associated with fresh packaged meat. 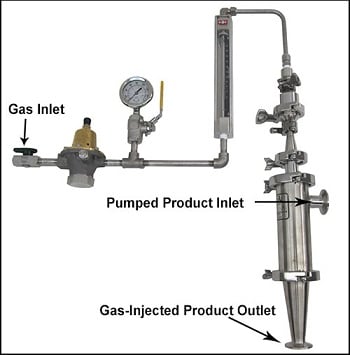 Controlled injection of gas into packages requires the use of specialized technologies. For nitrogen injection, a nitrogen injector is used. The injector consists of a gas inlet, a pump and an outlet for injecting the gas into the package. Traditionally, the gas was stored using pressurized cylinders which the injector drew nitrogen from. Relying on pressurized cylinders came with safety questions due to the effect of heat sources on them leading to the introduction of nitrogen generators.

Working with pressurized cylinders requires safety checks and regulations. Pressure reducers are tools that enable manufacturers to gauge the level of pressurized air passed into the package. Mixers and analyzers are also used to determine mixing requirements for MAP and carbon dioxide packaging. Gas analyzers are inbuilt with warning systems to ensure safety on the shop floor.

Nitrogen generators are portable equipment that produces food-grade nitrogen according to specified quantities. The generators function continuously in real-time thus, avoiding the pitfalls of relying on third-party suppliers. Nitrogen generators are also safer and more economical to use within the food and beverages industry when compared to purchasing nitrogen cylinders.

Applying modular customizable designs to develop nitrogen generators to fit specific use cases also makes this equipment the better option for gas injections. One example is the use of modular generators that support the addition of carbon molecular sieve towers to produce more nitrogen to deal with increased demand.

A notable mention is oxygen monitoring tools that ensure the air within the manufacturing or packaging environment is safe for equipment operators. Inhaling gases such as nitrogen or carbon monoxide is harmful to humans. This is why U.S. Occupational Safety and Health Administration (OSHA) regulations state that pressurized cylinders must be placed in well-ventilated designated areas within the shop floor. Oxygen monitors ensure leakages are detected and operators are protected from working in low-oxygen environments. 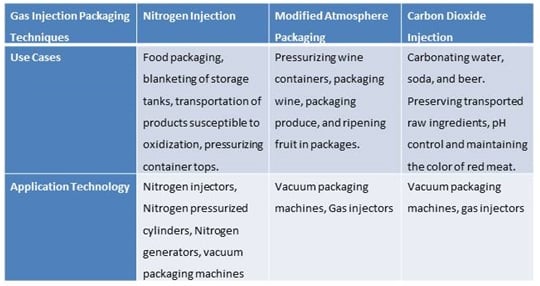 Applying gas injection to food packages has the capacity to extend the shelf-life of food and beverages to help manufacturers maximize profits. Utilizing nitrogen or MAP systems can increase the shelf-life of fresh produce, poultry and fish by approximately 4 weeks. This extension increases to 1 or 2 years when applied to dried food and beverages. Manufacturers can reduce waste and improve revenue generation drive by leveraging gas injection when packaging food.

Jeroh Tejiri is a systems engineer and an experienced technical writer in the science, engineering and technology niche. He writes about applying digital transformation technologies and traditional processes to improve outcomes within the industrial sector.

By posting a comment you confirm that you have read and accept our Posting Rules and Terms of Use.
Re: Fundamentals of gas injection for food packaging
#1

" Inhaling gases such as nitrogen or carbon monoxide is harmful to humans."

This is not entirely correct. The standard atmosphere is about 70% nitrogen; we breathe nitrogen from the moment of birth. Nitrogen ordinarily poses no physiological hazard, other than to persons transitioning to a lower pressure environment at a rate sufficient to cause dissolved nitrogen in blood and tissues to come out of solution and form bubbles (a well-known danger for deep-sea divers).

The primary workplace hazard of nitrogen gas is oxygen displacement, which is a concern with any pressurized gas other than oxygen, in addition to whatever chemical properties the gas might have.

Carbon monoxide is of course dangerous to inhale; it prevents hemoglobin in the blood from transporting and delivering oxygen.