A collaboration between Bloom Energy and U.S. Idaho National Laboratory (INL) will test the use of nuclear energy to produce clean hydrogen through Bloom Energy’s solid-oxide, high-temperature electrolyzer.

The solid oxide electrolysis technology developed by Bloom Energy converts water or steam into hydrogen and oxygen. The hydrogen can then be injected into the natural gas pipeline, stored and used for power generation with a fuel cell at a later time, dispensed to fuel cell vehicles, or used by industrial processes that consume large amounts of hydrogen. 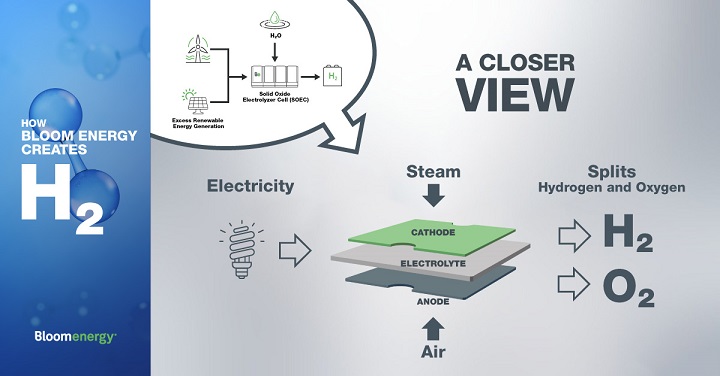 The electrolyzer has a higher efficiency than low-temperature electrolysis technologies, thereby reducing the amount of electricity needed to produce hydrogen. The steam supplied to the electrolyzers can also be generated by the thermal energy produced by a nuclear power plant, bolstering the overall efficiency of hydrogen production.

INL will test Bloom Energy’s electrolyzers at the Dynamic Energy Testing and Integration Laboratory in Idaho where researchers can simulate steam and load following conditions as if it were already integrated with a nuclear power station. These simulations will provide the opportunity to model operations in a controlled environment.

Re: Researchers pursue a nuclear source of hydrogen fuel
#1

And the 50000 year half life radioactive waste pile gets bigger and bigger.